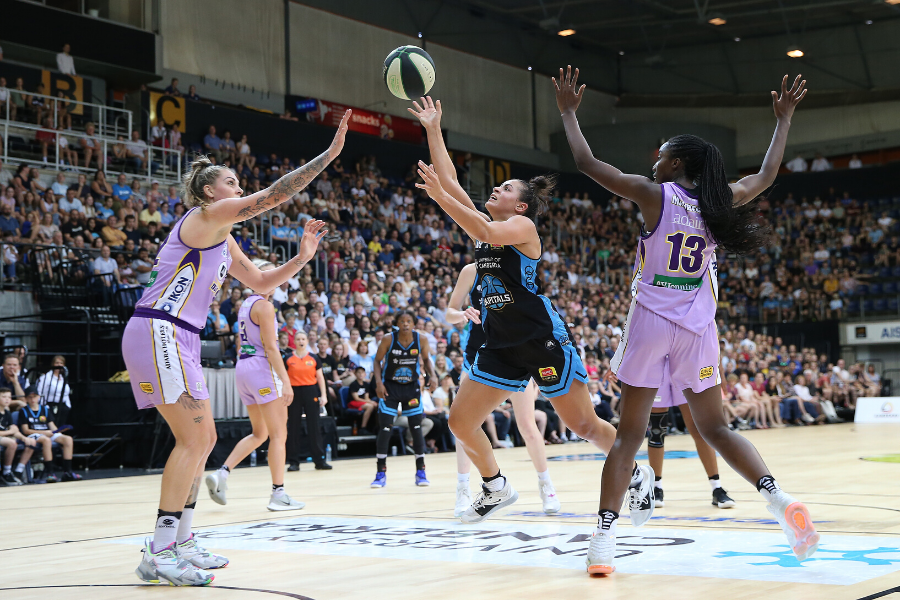 Match Report produced by the WNBL.

This season’s MVP Kia Nurse had a relatively quiet first half, but got in rhythm late in the third quarter, pulling the Capitals out of a seven-point deficit with three consecutive three-point shots.  Nurse would go on to score a game-high 25 points.

After a blistering pace in the first half that saw both teams battle basket-for-basket with little separation, Canberra went on an 11-0 run early in the 4th off of Nurse’s hot hand and never looked back.

French guard Olivia Epoupa was all over the court for Canberra, finishing with a double-double, a season high 19 points and 10 rebounds.  An impressive feat considering she was the smallest player on the court.

WNBA import Linday Allen led the way for the Boomers, finishing the game with 17 points and five assists in the losing effort.

The Capitals will head to Melbourne to face the Boomers on Sunday, February 23 at 6pm in Game Two of the WNBL Semi-Finals.