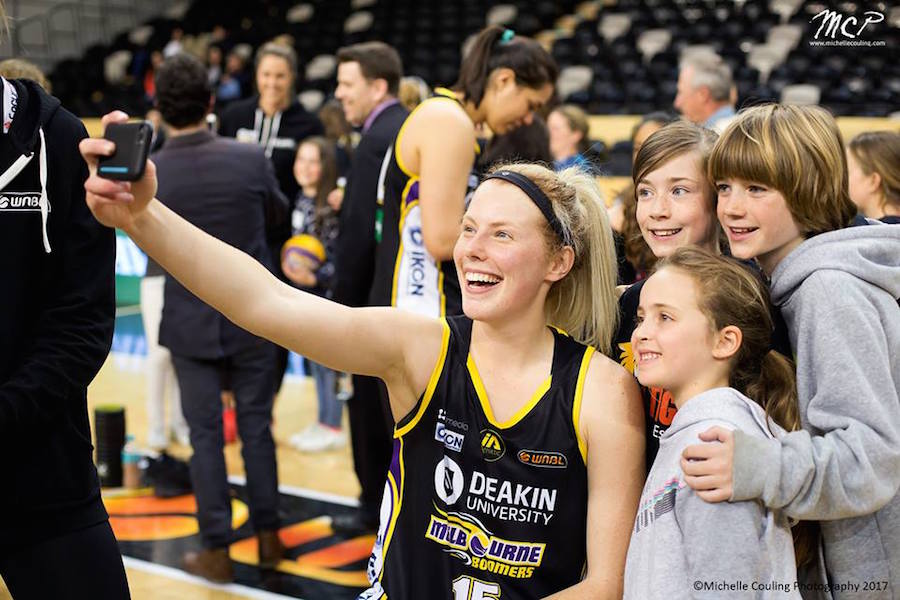 It was a busy week for many of the WNBL 18/19 Deakin Melbourne Boomers with players in action right across the nation, including at the Gold Coast Commonwealth Games.

Ezi Magbegor, Jenna O’Hea, Cayla George and Steph Talbot all starred in two wins for the Opals, taking care of business against Mozambique and Canada. The Opals have one pool game remaining and look primed for a run at the gold medal.

Another Boomers favourite, Liz Cambage, is dominating the competition and looks to be in top form ahead of the second week of competition.

The Opals are set for their third and final preliminary game later today (Monday April 9).

Kalani Purcell has also been in action at the games, playing a leading role to help the Tall Ferns win all three of their pool games ahead of the finals. Purcell’s performances continue to be highlighted by her insatiable work ethic as she delivers plenty of everything for her team.

Young gun Chelsea D’Angelo headed to Tasmania with the Kilsyth Cobras and proceeded to drop 25pts and snatch 7stls in a 101-64 win against Hobart, before backing it up with 15pts in a good win against Launceston.

Recently-signed Jaz Shelley continued to show great leadership as she helped the Souther Peninsual Sharks to an easy win against Keilor, the dynamic guard going for 15pts, 6rbs, 5ast, 3stl, 2blk and 2 treys in another all-round display.

Out west, Ash Grant delivered 11pts and 9rbs in Lakeside’s comfortable 19pt win against Kalamunda in Western Australia’s SBL, while closer to home we saw Monique Conti step out for her first game of the SEABL season with the Melbourne Tigers.