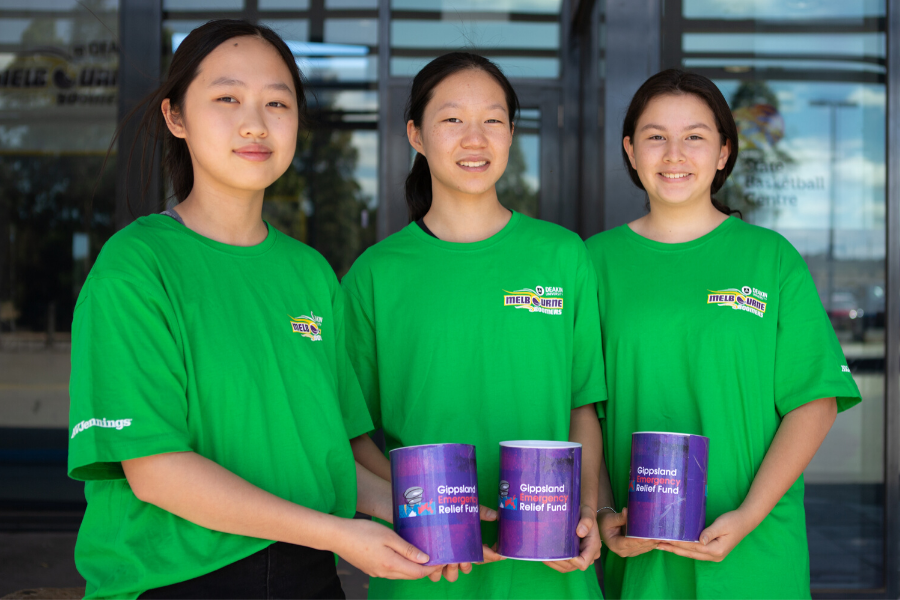 Boomers raise over $18K to donate to Bushfire appeal

In the midst of Australia’s worst bushfire crisis the Deakin Melbourne Boomers have raised over 18k for the Gippsland Emergency Relief Fund (www.gerf.org.au) which will assist those in the region who’ve been affected by the devastating bushfires.

Yesterday (Sunday 12 January) the Boomers played a top of the table clash against cross-town rivals, the Southside Flyers, at the State Basketball Centre and undertook a range of activities to raise funds, including having volunteers at the entrance to the stadium with collection tins for donations, and running a silent auction with rare items provided by players from both teams.

The club also pledged to donate $100 for every Boomers 3-point shot made, block and steal which tallied to $2000 at the completion of the game. Boomers sponsors AVJennings and Versalux also matched this pledge, each donating $2000 to the cause.

Further to the above the Boomers also promoted donations online through their social media channels, and ran a number of online auction items.

On top of raising funds, the Boomers also conducted a minutes silence prior to the game to honour all of those who have assisted with the bushfire efforts around the country, and for those who unfortunately lost their lives. They will also be providing 100 free tickets to those in the Gippsland region to attend their next home game on Saturday 1 February, and will visit the region in the coming months to run a basketball clinic.

While the Boomers efforts are significant, there’s still a long way to go. If you’d like to make a contribution, simply head to www.gerf.org.au to find out how.