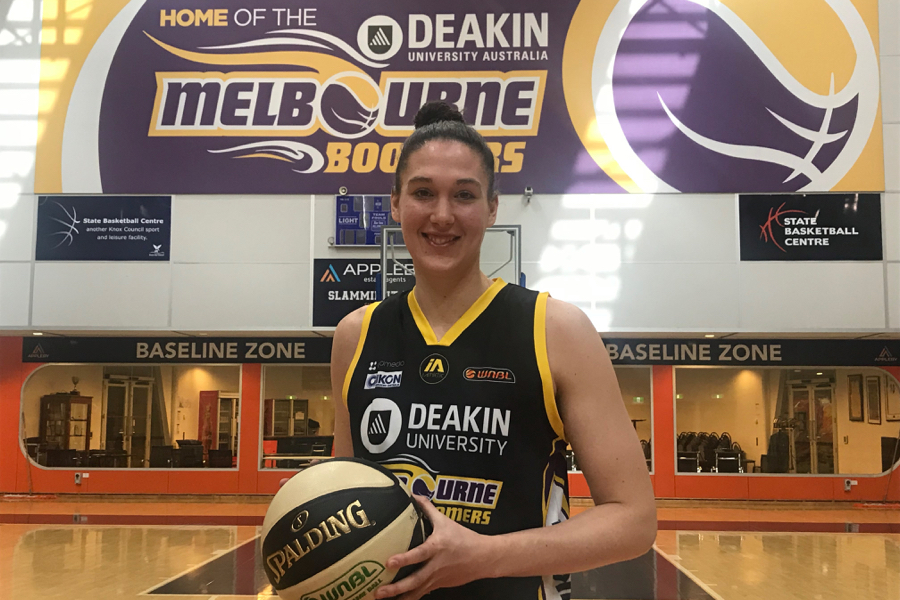 “We’re very pleased to welcome Sarah to the Boomers, she is a talented professional who is driven by team success and is eager to do all she can to help us be a contender once again,” said Boomers Coach, Guy Molloy.

“Sarah has considerable European success in Russia and Bulgaria, she has dominated here in the Big V and has a terrific attitude. We look forward to seeing her step into the WNBL with the Boomers.”

For Boothe, the opportunity to play in the WNBL is something she has been eager to do since coming to Australia in early 2017.

“I’m honoured to have the opportunity to join the Deakin Melbourne Boomers for the coming season,” said Boothe, adding, “I came to Melbourne last winter and fell in love with the city and the people, and can’t wait to continue to experience this amazing city in such a great basketball program.

“The community support for the Boomers is something I have heard about so much, so I can’t wait to get out on court and also to meet all of the fans. We have assembled a really good team, it’s going to be a competitive season for sure.”

Best of all, after travelling the world over the last few years and experiencing back-to-back winters, Boothe is looking forward to finally experiencing some warmth.

“I can’t remember the last time I got to play in a country during summer, so that will be a nice surprise.”

Melbourne’s WNBL team has now signed 17 players, including five development players. General Manager Justin Nelson said that while the squad looks settled, both he and Molloy will continue to monitor the local leagues for emerging players.

“We never stop looking to be honest, and we might bring in a few players to train with us during pre-season as well, but for now our roster for the season is nearing completion,” said Nelson.

To join the Boomers, buy your season membership HERE.