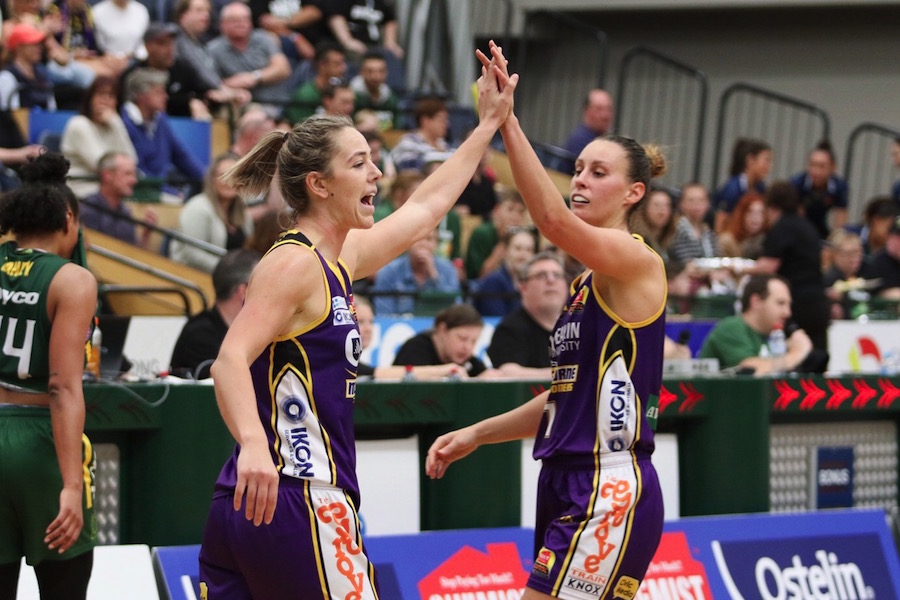 Boomers Take Down The Rangers, Now For Bendigo On Cup Eve

The Deakin Melbourne Boomers notched a third straight win to climb to a 3-2 record, this time taking down Dandenong on Saturday afternoon in another tough local derby.

Join the Boomers on Cup Eve, the biggest game of the WNBL regular season. Book your tickets now at www.trybooking.com/BOOMERS

Following a tight 24-22 first quarter, the Boomers skipped clear in the second period with a blazing 34-23 run, propelled by  number of sharpshooters who yielded seven triples for the half and an overall 63 per cent clip from field.

Despite Dandenong’s best efforts after the long break, the Boomers held firm and opened the margin to a game-high 26pts by the final buzzer.

Late in the game Josie Stockill made her WNBL debut and found her way onto the scoresheet.

The Boomers finished the game with a season-high 101pts and 8 blocks.

Next up for Melbourne’s WNBL team is another huge Cup Eve clash, this time against Bendigo Spirt, the same team that upset the Boomers back in the opening round.

Tickets for the Cup Eve clash are now on sale and available HERE.