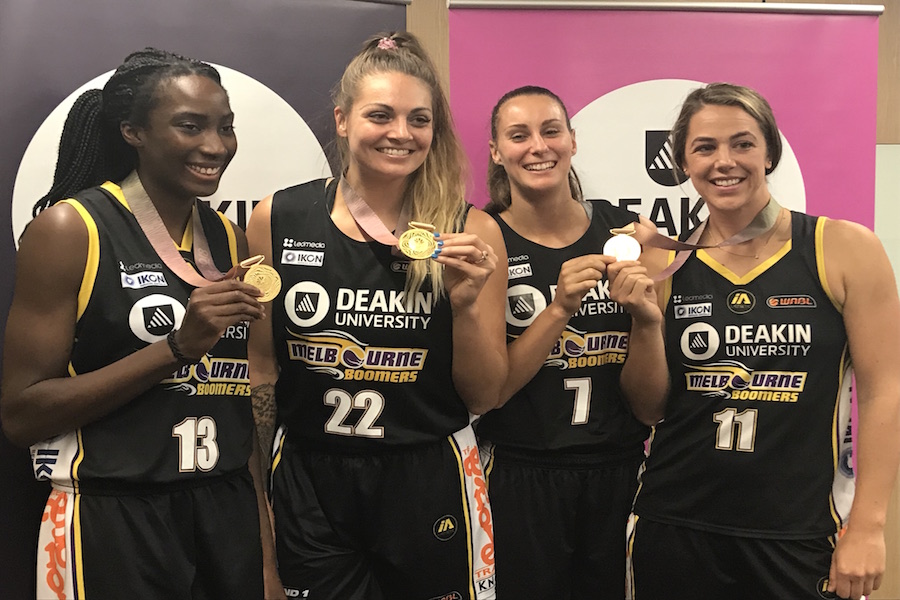 The Deakin Melbourne Boomers are celebrating the selection of five members for the upcoming Opals squad to contest the 2018 World Cup, including four players and one medical staff member.

Jenna O’Hea, Cayla George, Steph Talbot and Ezi Magbegor have all been selected to wear the green & gold, while Boomers physio Gaylene McKay will again be an integral member of the team’s medical staff.

“We are incredibly proud of all five Boomers, it’s always an honour to be selected in an Opals squad and we can’t wait to cheer them on during their World Cup campaign,” said Boomers GM, Justin Nelson.

“Excitingly, it will be Ezi’s first big international tournament as an Opal and she goes with terrific support by three more Deakin Melbourne Boomers teammates.”

The FIBA Women’s World Cup commences on September 22. The Opals will face Nigeria, Argentina and Turkey in their Pool games.