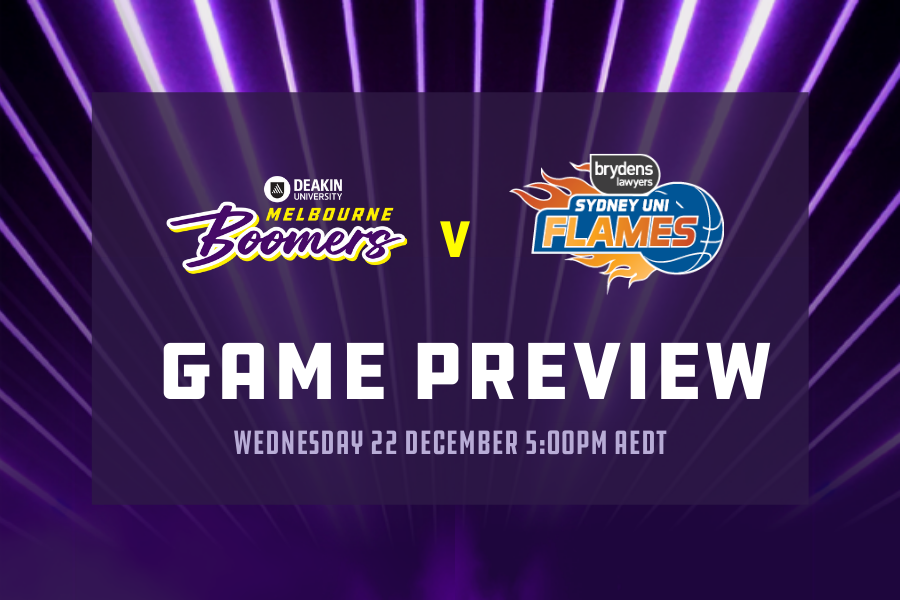 The Boomers travel interstate for the first time this season to tackle their third game in five days, with limited preparation time dedicated to the match-up with the Flames.

We are three wins to one loss going into the game, following a dominant 25-point win over the Bendigo Spirit.

Sydney is winless two games into their season, meaning they will be extra hungry in the fight to walk away with the win. The Boomers will need to stay sharp if they are to contain the smaller Sydney side, who are anticipated to play a fast and aggressive style of game.

The Flames are different to the Victorian teams we have played so far this season, in that they don’t have traditional bigs. Past long-time Boomer, Kalani Purcell, and Keely Froling fill these roles for the Flames. This will be the first time Purcell has faced her previous side since departing at the end of last season.

Expect the Flames to try and shut down Tiffany Mitchell and Lindsay Allen. The Boomers will need to be sharp from the get-go, nail their defensive one-on-one containment and make sure the ball keeps moving down the offensive end.

The Flames are coming off a close loss to the Townsville Fire in Townsville, with a five-day turnaround.

Following the tragic events that occurred in the Hillcrest community of Tasmania this week, the WNBL and NBL will be honouring the six children by holding a minute silence and wearing black armbands at all games taking place this week.

A public fund has been set up in support of the families and the community affected. Click here for details.

The game is a double header with the Brydens Lawyers Sydney Kings against the NBL’s newest team, the Tasmanian JackJumpers straight after.