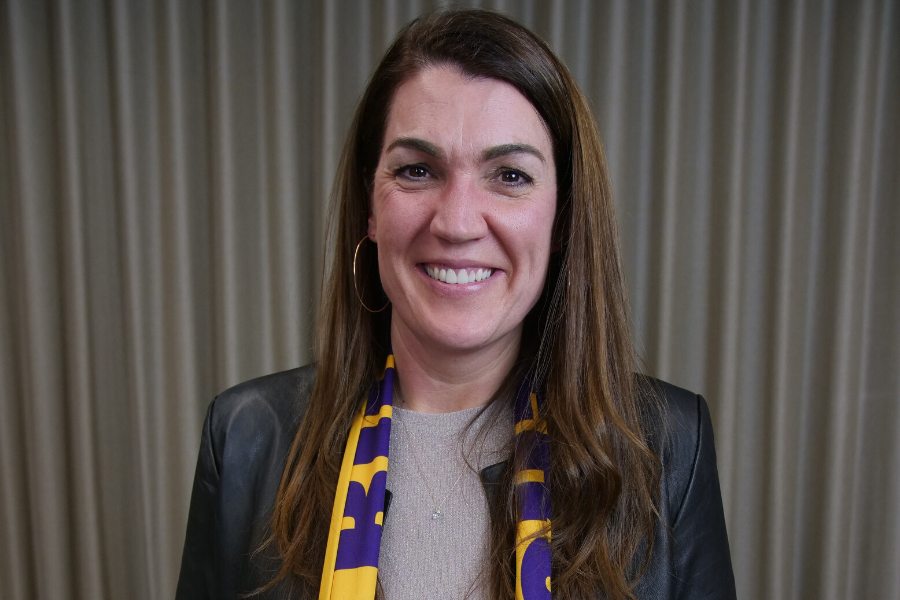 Larissa Anderson reflects proudly on her Boomers career past and present

As a part of the Boomers Heritage Program, the Deakin Melbourne Boomers are excited to bring to you the story of past player and current Assistant coach and Head of the Boomers Academy, Larissa Anderson.

Larissa Anderson has gone full circle with the Deakin Melbourne Boomers and loved every minute of the journey.

Anderson, nee Cavanagh, began her career as a teenager on a Boomers roster filled with veteran greats and a new generation who would become leaders at the club.

She went onto play 186 of almost 300 WNBL games for the Boomers with the remainder of her games at Dandenong Rangers.

It was those Boomers years which proved most formative for Anderson, who rose up the roster to become a leader and key player winning the club MVP award in 2002-2003 and arguably playing her best years at the end of her career.

When her playing career ended, Anderson put her focus on coaching where she has led the Rangers at WNBL level, and this season returned to the Boomers as an assistant coach and head of the Boomers Academy Program.

“I was never going to be one of those players who gets to represent Australia, I was there because I loved playing, I loved being a part of the Boomers.,” Anderson said.

“It was all about the little things for me and I tried to take that direction.

“We had to work hard for everything at the Boomers. It’s a huge credit to where the club is today to look back at what we were doing back then.”

Anderson remembers being in awe of the likes of Debbie Slimmon when she first arrived as a teenager and having the likes of Kate Stacker, nee Cohen, taking her under her wing.

“Looking at that now and the number of players I’ve coached at that age, I’ve now realised how special it was and how young I was,” Anderson said.

“That first year you go in as a development player, there are now expectations and you are just there to learn but when you are recruited as part of the team then there is that expectation and you really want to perform and not let anyone down.”

Early coaches Alex Palazzolo and Lori Chizik helped Anderson as did the likes of Stacker.

“Katie Cohen, now Stacker, really took me under her wing. There is five years between us but you wouldn’t know that now,” Anderson said.

“She was one of the Boomers of old at the time. She knew everything about the club inside or out. I think everyone remembers that player who took them under their arm and she was that person to me.

Anderson added Stacker and Sharin Milner would later be bridesmaids at her wedding such was their bond.

Anderson still recalls the extra things players had to do to help out during her career and she thinks having to do a little more helped strengthen the bonds between players and administrators.

“I’ve told stories before about how I was running around putting sponsors in boxes while we were meant to be warming up,” Anderson said.

“We all really did our bit, we were constantly out in the community, constantly trying to get sponsors on board and get our own sponsors. Everyone rallied to do everything, but we always had the best staff and players. Like it is today, it’s a true family feel, and everyone is here for the right reasons.”

Anderson’s Boomers made preliminary finals appearances in 1999-2000 and 2004-2005 but fell just short both times although she still feels strongly about the growth of those sides into contenders.

“Going from the team who had to work hard for everything and always missed out on the finals to be those three or four years where we were right up there. It was fabulous,” Anderson said.

“It would be the closest I came to a championship.

“We had a really wonderful team, very balanced. One you would call a real team. It’s hard to look back and say we were so close but, now as a coach, I tell players that only one team can win it and these are still years I’ll never forget.

“I look back on those teams as a special group.”

Anderson still thinks the final years of her career saw her play her best basketball and she did so while also coaching at SEABL level in many of those off-seasons.

“I think I played my best in my last couple of years. We say it all the time that you can’t teach experience and I think the biggest thing as an older player, you learn not to sweat the smaller stuff as much,” Anderson said.

“I look back now at my younger years and say “why was I so stressed about this or that all the time?” It wastes so much energy. I look back and think I wish I had of known just how good it was at that time. You look back now and say it was so much fun.

“It was a huge honour and it was absolutely the best years to be a part of.

“I feel lucky that in my time I got to play with the Debbie Slimmons and Linda Brandts right through to the next generation. I was there at the right time to play with this plethora of amazing women who came through the club.

“My career has become being really proud that I played nearly 300 games, had some rotten injuries and never got a championship. You could look at it and sigh.

“But for me the friendships, the memories, the history and the fact I played with so many players at the Boomers and Rangers over those years.”

Anderson now helps young players progress through their basketball careers and her two children are beginning their passage into the game at the same time.

“Now I have a daughter who is about to turn 11 and is in the under-12s and completely obsessed,” Anderson said.

“You look at it and it makes you smile that if that’s what she wants to do, then she’s in an amazing time ahead.

“It’s really, really special to be able to go through and have your immediate family and then create another family through your career.”