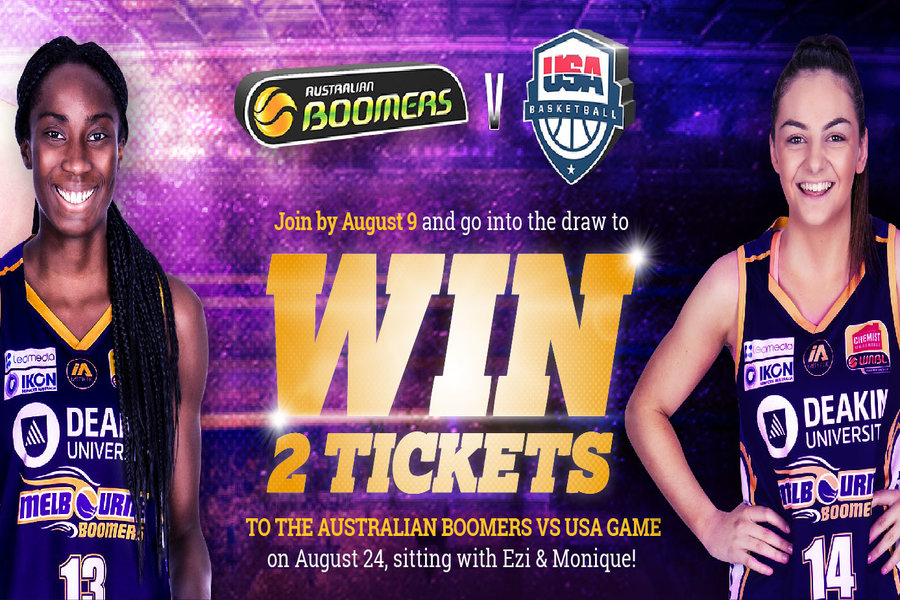 Memberships now open and made easy with Ticketek

The Deakin Melbourne Boomers have launched their 2019/20 season membership packages and through partnership with Ticketek, introduced a new Member Portal, to make the experience even more seamless for fans.

Ticketek is used by the biggest clubs in the AFL and NBL – now Boomers fans will also benefit from a sophisticated and intuitive online experience when they purchase their membership. For the first time Membership cards will now be personalised and bar coded for entry to games.

The 2018/19 year saw membership soar to over 3,000 for the first time in the club’s history and sights are set on another rise as they launch their bid for the WNBL championship.

This season will also bring a raft of new membership packages, each tailored to suit the needs of a diverse supporter base.

Membership options start from $29 and include Premium, Gold, Silver and General Admission. There’s also a four-game pass and Flexi 10 that gives 10 general admission tickets to the holder for use at one game or spread out across home games.

Going to a Boomers game is the ultimate family experience and to help make the most of every match, a family ticket now includes two adults and three juniors (up from two adults and two juniors) at no extra cost.

To top it all off, all new members who purchase before 9 August go into a draw to win two tickets to the USA v Australian Boomers game at Marvel Stadium. You’ll be sitting alongside Monique Conti and Ezi Magbegor, watching the NBA’s best take on the Australian Boomers.

“Having recorded the largest membership and average attendance for home games in the WNBL last season, we had to look at ways to raise the bar once again and the new platform and membership packages will help get there!” said Christy.