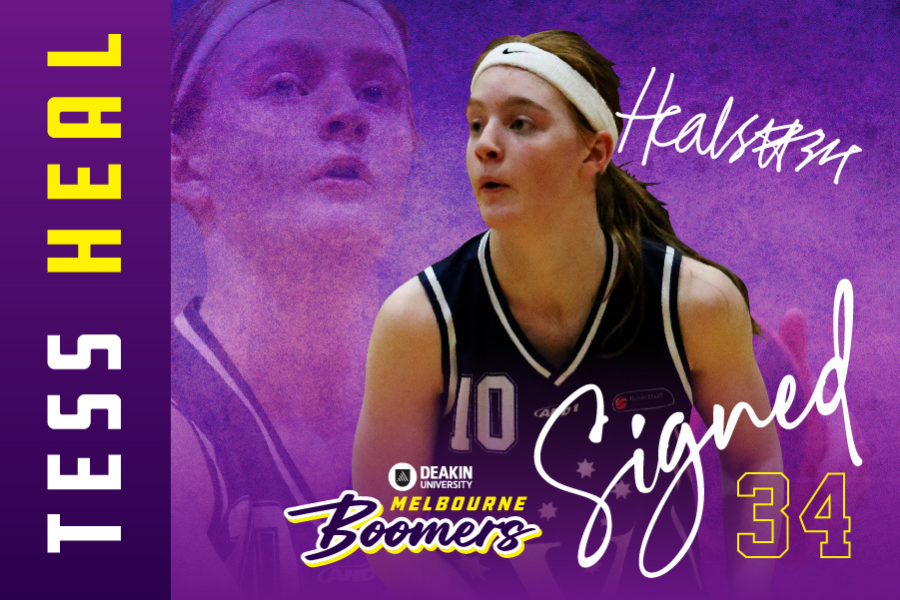 The Deakin Melbourne Boomers are excited to announce Tess Heal as a development player for the 21/22 WNBL Season.

Since bursting onto the scene for Bulleen Boomers at the Under-14 Club Championships, Boomers fans are going to see why there is so much hype about this star on the rise.

Since then, the 17-year-old has gone on to captain Vic Metro at three Australian Junior National Champions (walking away with two golds and a silver), and represent Asia-Pacific at the first ever Junior NBA World Championship (14 and Under tournament for boys and girls), coming fourth overall.

“I can’t wait to gather first-hand experience of what it is like to be a professional basketball player, to train and play with and against the best female players in Australia every day,” says Heal.

“By joining a team like the Boomers there is such a vast wealth of experience, talent & leadership. I can’t wait to learn as much as possible from my future teammates and coaches.”

Heal isn’t hiding her excitement to be part of the Melbourne Boomers playing roster.

“It has always been one of my dreams to play in the WNBL and I have always been a fan of the Boomers – watching and attending as many of their games as possible with my family.”

Heal’s fondness for the club was cemented in 2019, when she had the opportunity to participate in the Boomers WNBL Academy program.

“Experiencing the culture of the club and getting to interact firsthand with some of its players and coaches was such an amazing experience that I always look back on fondly.

“It is what inspired me to jump at this opportunity. After talking to Guy…I knew the Boomers was the club for me.”

Heal – the niece of Aussie basketball champion Shane Heal, and cousin to Shyla Heal – has been a part of VNPP (Victorian National Performance Program) for three years now. In 2019, her youth representative team won the Division 1 Youth Championship, Heal was awarded all-star 5 of the league.

The 2021 Eltham Wildcat (NBL1 South) is hoping to play collegiate basketball in America after completing her high school education.

Don’t miss out on seeing Tess play this season – Find the best option to join us for the journey here, and to hear all the latest news join our mailing list!