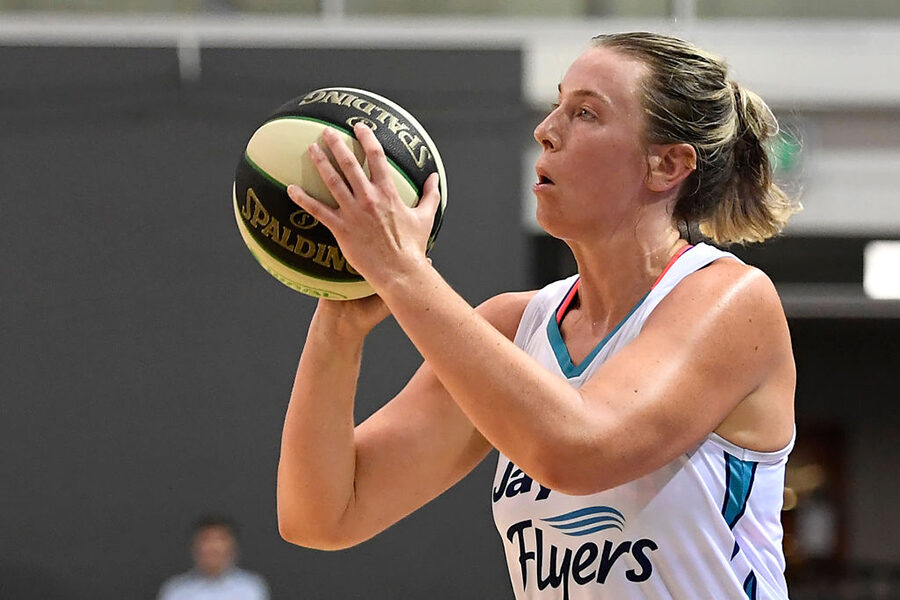 The Flyers (10-2) stayed top of the league heading into their last game on Sunday in Townsville against second-placed UC Capitals (9-3), who beat Perth Lynx earlier on Thursday.

Southside stretched their winning streak to six but were outscored in each of the first three quarters at Townsville Stadium and trailed for the vast majority of the game.

Blicavs scored 11 of her 13 points in the final quarter, nailing three three-pointers in that last period.

One potential concern for Southside is a reported knee issue for captain Jenna O’Hea.

The Flyers’ late charge overshadowed one of the outstanding individual efforts of the season from Flames and ex-Southside forward Anneli Maley.

She scored 19 points and pulled down 17 boards, helping Sydney to a massive 51-30 advantage in the rebound count.

Flyers’ centre Liz Cambage top scored with 24 despite spending portions of the third and fourth quarters on the bench after picking up a technical foul to give her four for the game.

Five Flyers scored in double digits as they dug deep to squeeze out a hard-earned win over a Sydney side, whose intensity and desire was reflected in the rebound count.

“Credit to Sydney, they played very tough tonight and we couldn’t find anything that worked,” Blicavs said.

“So luckily we got over the line and got the win.

“We need that tough solid play leading into the finals, it gives us something to work on.”

Lauren Mansfield provided plenty of the Flames’ early drive scoring 15 of her 21 points in the first half, but centre Lauren Scherf played under ten minutes due to foul trouble

Southside forged ahead by five in the second quarter, but a 13-0 run either side of halftime gave Sydney an eight-point lead.

The Flyers fought back to level, but an 8-0 Sydney run either side of three-quarter time again gave the Flames the upper hand.

But they couldn’t execute offensively down the stretch or stop Blicavs.

“It’s a really hard one like to have a moral victory, because we were leading the majority of the game,” said Flames’ guard Alison Schwagmeyer-Belger, who scored 14.

“However, I’m just so we just so proud of the team, we gave everything we had.”

Sixth-placed Sydney finish their campaign on Sunday in Townsville against Adelaide Lightning, who are one place above the Flames.