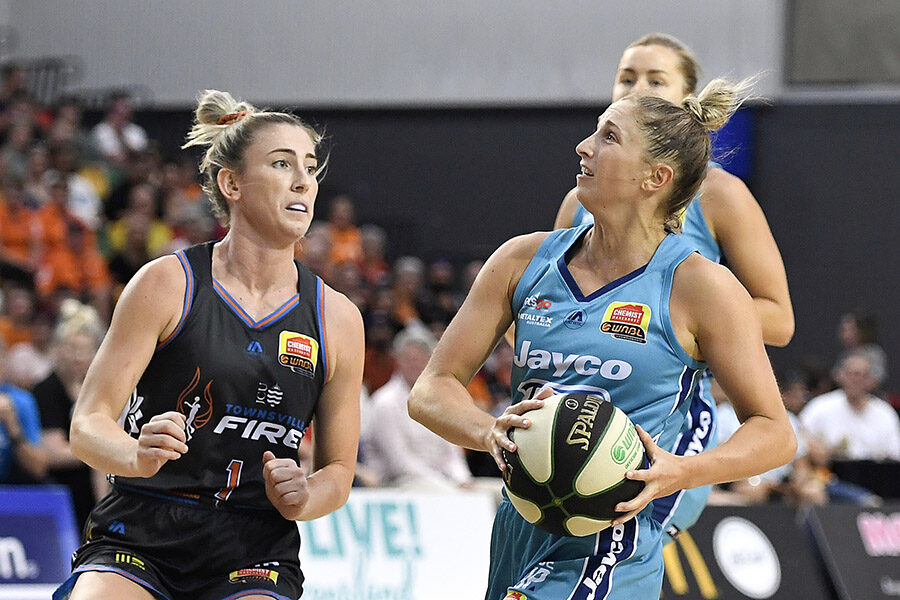 Our Southside Flyers are ready to jump back on the winner’s list but they’ll have to get past a  Townsville Fire team that currently sit on top of the WNBL ladder.

The Fire have won both of their WNBL games so far this season, topping the Adelaide Lighning on the road followed by last week’s victory against the Sydney Uni Flames in Townsville. Each of these victories were built with strong team performances across the board with different team members stepping up to score big in each game.

Containing each of these scorers will no doubt be a focus for Cheryl Chambers on defense tonight as our Southsiders look to rebound after two defeats in two weeks to the Melbourne Boomers. While our offense has been hot & cold so far this season it’s our defense that will be of most concern to our head coach, giving up 80+ points in each outing so far this season.

But worry not Flyers Family, this was to be expected with a relatively new lineup still trying to gel so early in the season. Once our defensive plan is locked in get ready for some fast-paced Flyers offense, turning defense into fast breaks with our quick guards Bec Cole,   Aimie Clydesdale and Maddison Rocci.

This clash will no doubt have added meaning for each team after the Flyers victory over Townsville in the 2020-21 WNBL Grand Final series. While each team feature a number of different players to last year the feeling will still burn for a number of the Fire’s stars as they look to get their revenge on our Flyers.

SANTA CLAUS IS COMING, WHAT ABOUT YOU? – GET YOUR GAMEDAY TICKETS HERE

If our Southsiders can shoot a bit sharper from deep and lock down some of the Fire’s stars and slow down their offense we’ll be right in this one, giving us the kick we need to get this championship defense back on track. Cheer LOUD and PROUD Flyers Family, we need some of your Christmas magic and energy tonight: looking at you Santa!