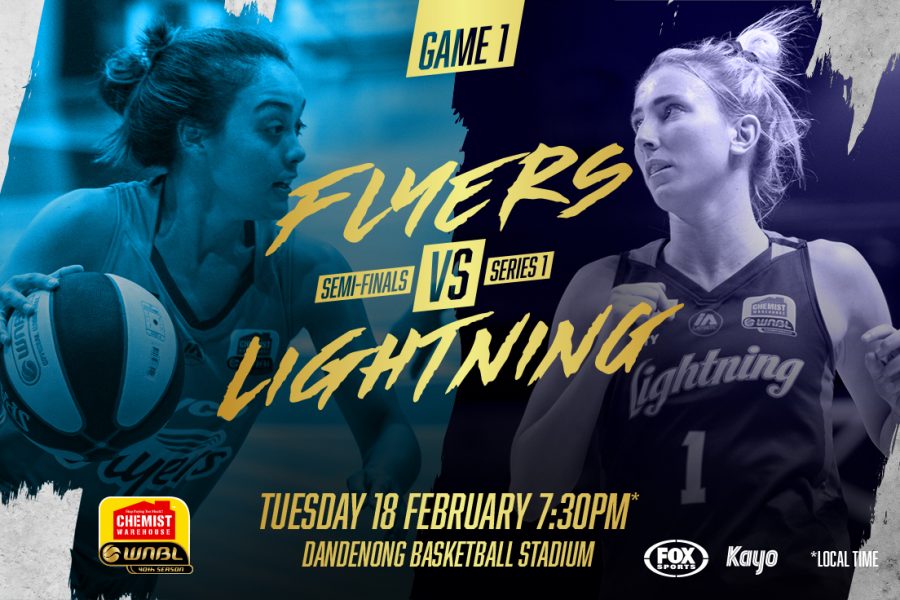 The regular season is done and dusted with your Southside Flyers finishing MINOR PREMIERS!

But the job’s not done yet Flyers Family, the WNBL Finals are coming to Dandenong Stadium with your Southsiders taking on Adelaide in the Semi Final Series on Tuesday Feb 18th.

We’ll then head west to visit Titanium Security Arena for Game 2 on Saturday Feb 22nd, with Game 3 back here in Dandenong if needed on a TBC date.

Tickets are NOW on sale for Game 1 of the Semi Final Series here at Dandenong, with kids tickets just $15 and family passes starting from $70!

Grab your tickets today and get ready to cheer LOUD for your Southside stars as we begin our final push towards the WNBL Championship!