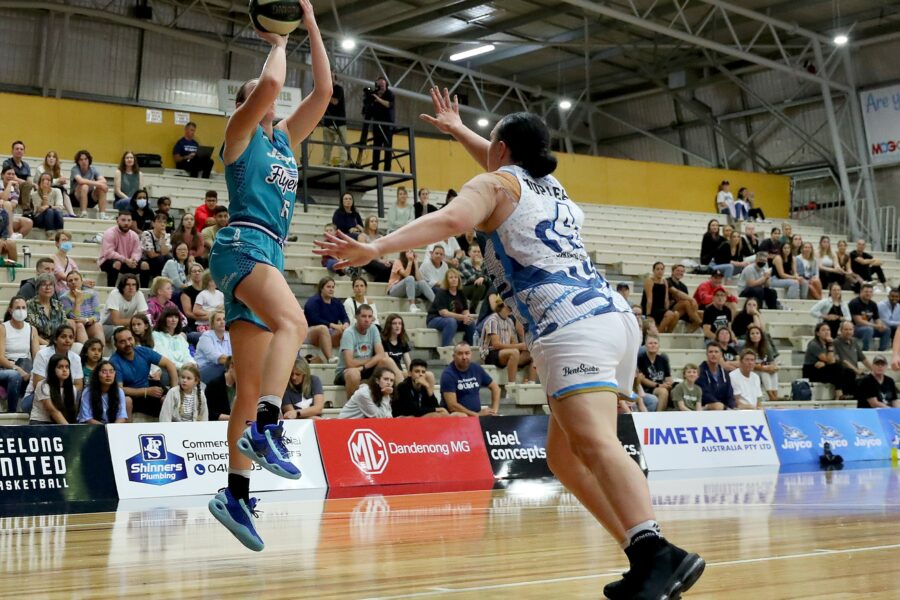 FLYERS ON COURT NO MATCH TO THE OFF COURT SUPPORT

The Flyers on court performance against the Capitals on Saturday night was a long way short of the wonderful work done off the court in the player driven Flyers Assist Program.

The match was a special one for the Southside Flyers who were proudly supporting Lifeline Australia. The Flyers donated $100 for every assist the team made during the game as part of the Flyers Assist Program for Lifeline Australia, a program driven by the players to support the community.

A cause close to the hearts of all Flyers coaches, players & staff but especially Captain Jenna O’Hea who is an ambassador for Lifeline. Aimie Rocci, who has also been an ambassador for Lifeline, was the driving force for this game in the community and on the court. In a beautiful act of solidarity, and support for Lifeline and Jenna O’Hea, the UC Capitals, Melbourne Boomers, Perth Lynx, and Townsville Fire also pledged to donate for assists made during the matches this weekend. Even NBA star Joe Ingles pledged his support to the Flyers Assist Program and over $20,000 has been raised through the incredible work of the Flyers team.

Unfortunately for the Flyers, the support for Lifeline was the best news from the game which ended in a disappointing loss to the Capitals. The fight was there from our Flyers but unfortunately the scoreboard did not match their efforts. Capitals continued their strong push for the top two spot ahead of WNBL finals, beating Southside 64-106.

The first quarter was all about assists as the Flyers were able display great team basketball and raise $700 within the first ten minutes played. Strong offensive game was shown from Sara Blicavs and Maddison Rocci adding to the board and Kristy Wallace gained three assists of her own.

Capitals Brittany Sykes, who was the top scorer of the night, led the way in the first quarter and gave her team a 27-18 lead at the first break.

This lead would continue to stretch for the Caps in the second which was a quarter the Flyers would do their best to put behind them. Only scoring three points to the Capitals twenty-four.

Maddy Rocci and Blicavs would be the only two players in double digits for Southside, an indication of the disappointing result. Blicavs earning another double double for the game.

She was behind a shift in the momentum in the third quarter, with the team playing more ‘Flyer-like’ basketball, to make some small in-roads into the half-time deficit. It wouldn’t be enough though, the Caps continued to shoot at top level and finish with 54% field goal shooting for the night. The bench was rotated in for the Flyers and the game was over with a disappointing loss, 64-106.

Even when things on court are not going well, there is positivity in the fact twenty-two assists for the Flyers raised $2,200 and with the support of sponsors and individuals, as well as other teams, the Flyers Assist Program raised over $20,000 for Lifeline through support of this game.  This figure is expected to continue to grow as more people make donations and everyone is invited to be involved.

Click Here to donate. Remember your support can ensure that no one faces their darkest moments alone.

Final Home Game of the Season – Thursday March 10
It is bigger than basketball, but we sure hope we can get a W in our next game. We take on Sydney in our last home game this season, Thursday March 10 at Dandenong Stadium, Tip Off at at 7pm.