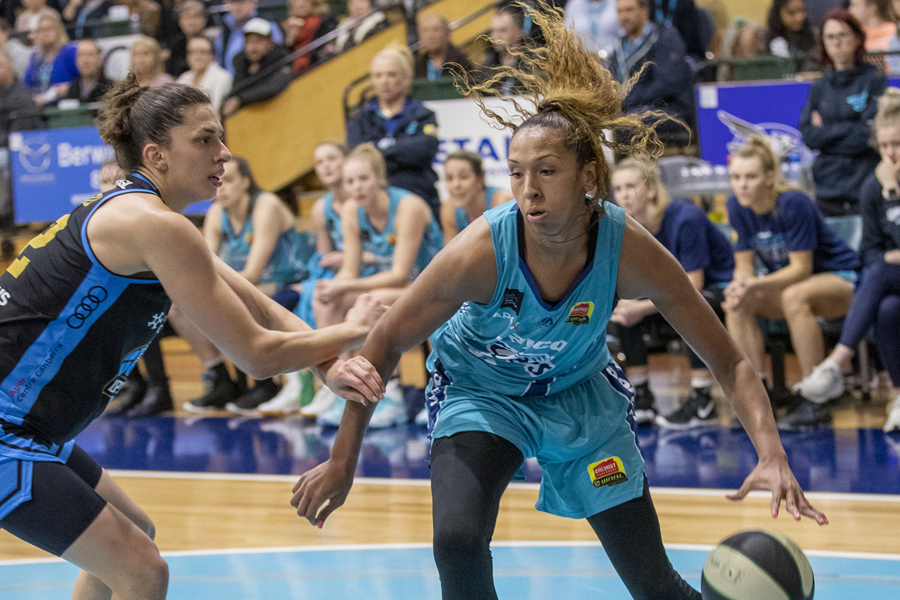 Your Jayco Southside Flyers have earned their spot in this season’s WNBL Grand Final series, learned their opponent and now it’s time for Game 1 at Dandenong Stadium!

The Flyers were first to advance to the decider last Saturday night when they defeated the Lightning in Adelaide to take their tough Semi-Final Series 2-0.

Reigning champions UC Capitals also won through to the Grand Final Series but had to get it done in a deciding Game 3 at home on Wednesday night after falling to the Melbourne Boomers in Game 2 last Sunday at the State Basketball Centre.

The teams who finished first and second on the ladder after the regular season fittingly now face off for the Chemist Warehouse #WNBL20 championship. And the news gets even better.

We regain our inspirational captain Jenna O’Hea from a broken wrist she suffered in our thrilling overtime win over the Melbourne Boomers on January 12.

The Flyers star was given the all clear by her surgeon on Monday and has hit the court this week training hard with the squad ahead of the series opener on Sunday afternoon.

Canberra took the season split during the home-and-away season with wins, twice, on our home floor while we landed our sole win in the nation’s capital.

The match-ups are salivating with our very own superstar point guard Leilani Mitchell coming up against her championship side of last season and going head-to-head with speedy French point guard Olivia Epoupa who’s produced an incredible debut WNBL season.

Robyn Maher Defensive Player of the Year Mercedes Russell faces veteran Marianna Tolo who top scored for the Caps in Game 3 and lit up in the third quarter with 12 points. Then there’s the MVPs: last year’s league medallist Kelsey Griffin and this season’s Suzy Batkovic Medal winner, Kia Nurse. Both stepped up for their team on Wednesday night and are genuine match winners.

Our very own Bec Cole, Sara Blicavs and Aimie Clydesdale all registered double figures in Adelaide last weekend while Anneli Maley has been a defensive spark off the bench all campaign with the likes of Louella Tomlinson, Kiera Rowe and Bec Pizzey all able to come on and play a role when coach Cheryl Chambers looks down the bench.

We want to pack out Dandenong Stadium as we take home-court advantage in Game 1, so snap up your tickets, make some noise and help your Jayco Southside Flyers soar!