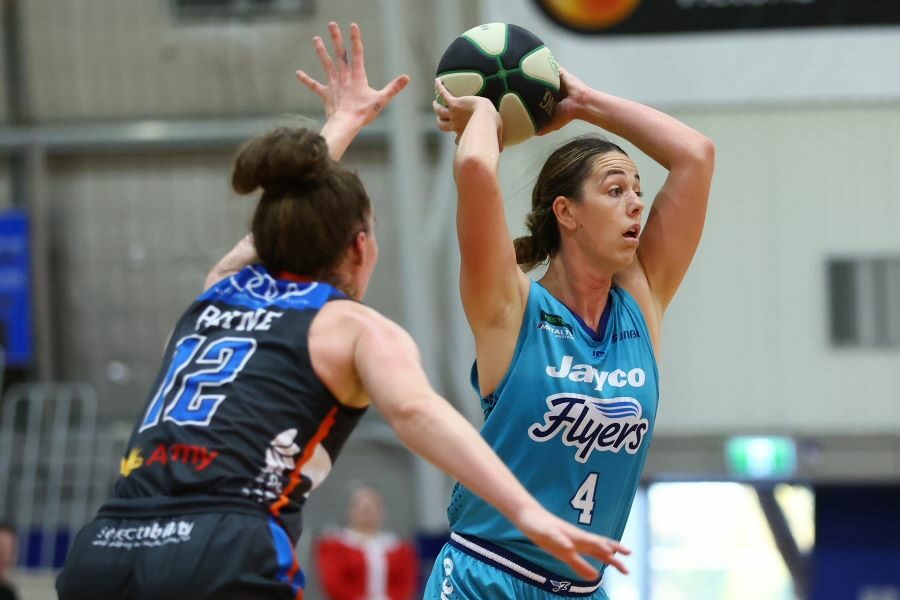 Flyers Captain Jenna O’Hea has withdrawn from the Opals team for the World Cup Qualifiers to be played in February.

Jenna, who captained the Opals at last year’s Olympic Games, admitted that while it was a difficult call to make, she had no choice as she needs to look after her health.

“It has been a very busy 12 months and I don’t feel I am mentally prepared for another Opals campaign at this time. I had some niggling injuries in the lead up to the WNBL season and recently contracted COVID, which has set me back further and I need to focus on getting myself right, both mentally and physically,” Jenna said.

An ambassador for Lifeline Australia, through the AIS Lifeline Community Custodian partnership, Jenna is well aware of the importance of looking after your mental health, and while disappointed at not being part of the Opals for the World Cup Qualifiers, believes it is the best decision for her own health.

“I am proud to part of the Lifeline Australia program and to support the community and raise awareness of mental illness. On this occasion I am practicing what I preach to ensure I look after my mental health,” Jenna added.

The Opals Squad for the upcoming World Cup Qualifiers is due to be announced by Basketball Australia on January 18.