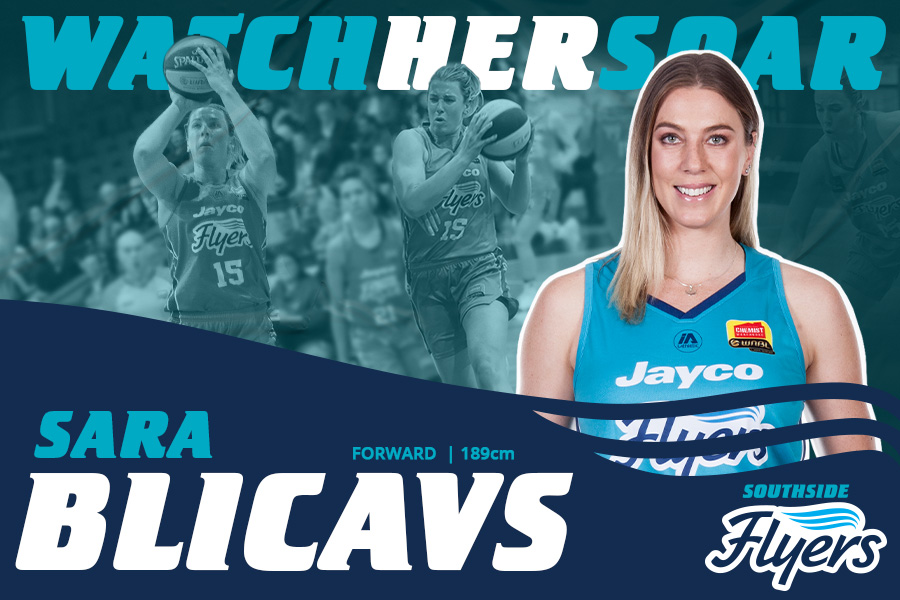 A fan favourite, Sara is back to her very best after a devastating ACL injury in November 2018.

An athletic forward, the 27-year-old’s scoring prowess and ability to defend stands out just like her big, bright and warm personality.

While Sara’s official basketball career started in Sunbury, her unofficial career started in the backyard playing against her two elder brothers. She has played with the AIS, Bendigo and Dandenong Rangers in the WNBL, winning a Championship with Bendigo in 2016.

Sara made her Australian debut with the Under 17 team and then progressed to be part of the Australian Gems (Under 19) and made her debut for the Australian Opals in 2015 and is once again a member of the Opals squad preparing for the Tokyo Olympics.

Sara lives in Geelong, represents the Supercats in NBL1, enjoys the beach and all living in regional Victoria has to offer. She’s also found a following with her pre-season weekly Jayco Southside Flyers Instagram Live show “Sayin’ it with Sara”.

Cheryl Chambers on Sara:
“Sara had a fantastic 2019/20 season, but we really think her best is still to come. She can knock the 3, shoots the pull up and is also improving her get to the rack options. She’s a vibrant, happy person as well as an extremely hard worker.”