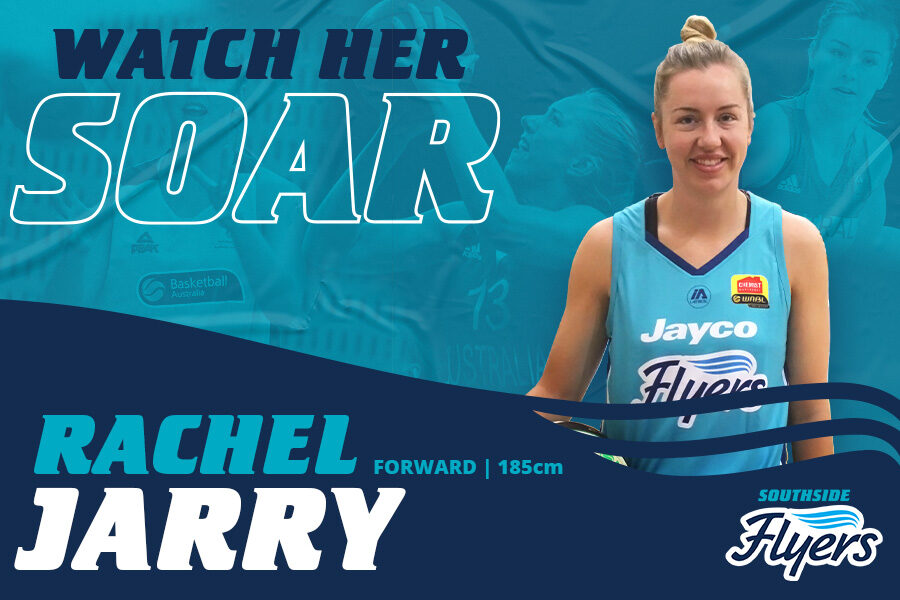 Rachel Jarry Back In The Big Time With Flyers

Rachel Jarry is returning to the big time after confirming her decision to join Southside Flyers for the 2020 WNBL season to be played during November and December in North Queensland.

Rachel has been training with the Flyers in recent weeks and confirmed her decision while speaking with Sara Blicavs on “Sayin’ it with Sara” on Flyers Instagram live on Sunday, saying she was excited to be a part of the Flyers team.

“When I decided I wanted to return to play at the highest level I had a chat with Cheryl (Flyers Coach Cheryl Chambers) and Belinda (Assistant Coach Belinda Snell), and this added to my enthusiasm to get back. After watching last year and talking with some of the Flyers I knew I wanted to be part of the team and the role Cheryl and Belinda want me to play is exactly what I was looking for. Then training with the team, it really is exciting,” added Rachel.

Cheryl is thrilled Rachel has decided to be part of the team for the upcoming season and knows how important it is to have great depth in what will be a challenging season.

“I’m super excited to have Rachel Jarry join us, she will bring with her an awesome amount of experience and grunt to our team.  She has a great basketball IQ and has the ability to make the people around her better while still being able to contribute herself,” Chery said.

“Having Rach on board adds greater depth to our team which will be extremely beneficial in such a condensed high impact season,” Cheryl added.

Her WNBL career commenced with the AIS with new Flyers teammate Liz Cambage before moving to Bulleen Boomers where she was a member of the 2011 Championship Team and in 2012 was named in the WNBL All-Star team. She has also played with SE Queensland Stars and Canberra in the WNBL as well as with Dandenong Rangers in 2018/19.

Rachel is the ninth player to be confirmed for the Flyers in 2020. She joins Captain Jenna O’Hea, Sara Blicavs, Steph Blicavs, Liz Cambage, Aimie Clydesdale, Bec Cole, Leilani Mitchell and Bec Pizzey. Confirmation of the final members of the Flyers team for the 2020 season in North Queensland will be announced soon.

While the season will be played away from home, supporters will be have the opportunity to be virtually ‘Up Close and Personal’ with the team through some special Flyers Memberships options! To receive details as soon as they are released you can register your interest today here.