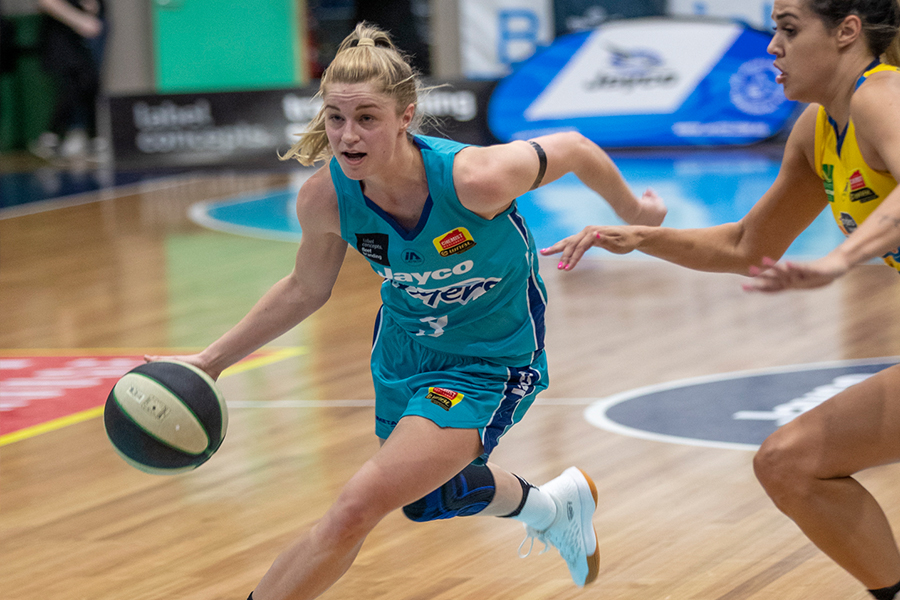 Shorthanded Flyers Fall To The Flames – Flyers Round 10 Wrap-Up

The win makes it two in a row for the Flames on the road, while the Flyers fall to 12-2 on the year.

Sydney star Alice Kunek was at her best, with 27-points including some big triples down the stretch and 11 rebounds for a double-double.

Colleen Planeta had a massive night for the Flames too, pouring in 20-points and five boards before going down late with an injury.

“We made sure we were crashing the boards,” Kunek said postgame.

“We haven’t been great on the boards lately…so we really tried to jump on the them and push the ball.

“That was a point of emphasis tonight.”

Southside was without two of its stars in Jenna O’Hea and Mercedes Russell, both sidelined for precautionary measures with respective ankle tweaks.

With Louella Tomlinson and Aimee Clydesdale thrust into the starting lineup, the Flyers depth was tested.

Sara Blicavs was terrific for the home side, scoring 23-points, but she didn’t get enough support as the team missed some important shots courtesy of Sydney’s suffocating defence.

The Flames were lit right from the first tip, making shots early and jumping out to a lead.

Without its two veteran stars, Southside struggled all night on offence. Lapses in communication and clumsy turnovers hurt as the team tried to fight back into the contest.

“Not having both Jenna and Mercedes in there takes away a lot of our inside pressure,” Flyers coach Cheryl Chambers said postgame.

“So our shots were different shots and we had to run different plays tonight…but all credit to the Flames, they were fantastic.”

Despite closing the gap to five-points early in the fourth, Sydney responded to every Southside challenge. A pair of late threes from Kunek and a big steal from Alex Wilson were too much for the Flyers to handle.

Southside’s next match-up is away in Perth against the Lynx, while the Flames head back home to Sydney to face the Adelaide Lightning.