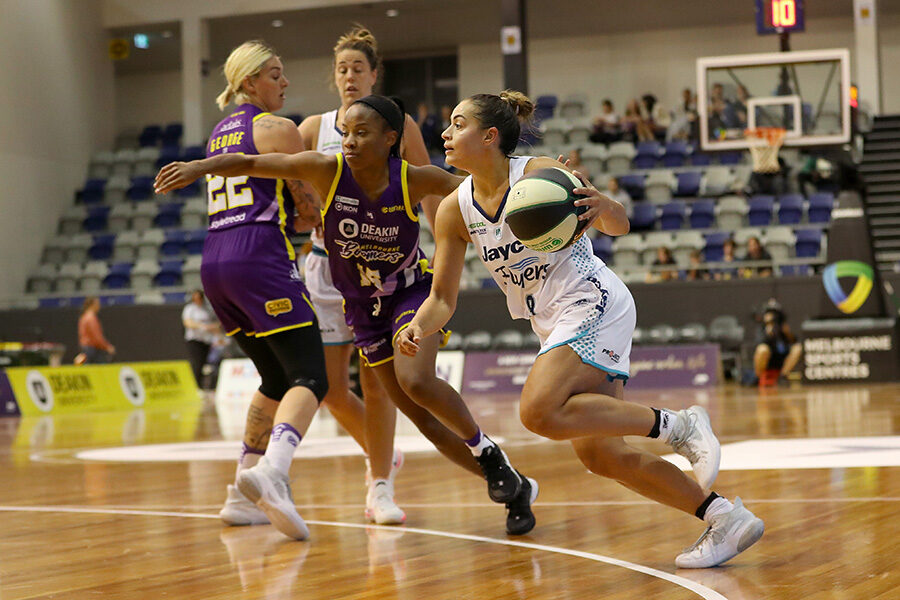 Southsiders Hungry For Revenge Against Boomers – Flyers Round Three Preview

Our Southside Flyers will be out for revenge today against the Melbourne Boomers after dropping their roadtrip clash at MSC Parkville last Saturday night.

The Boomers got out to an early lead in this Round 2 game and were able to hold our Flyers at arm’s length throughout the contest, using strong offensive play from their wings to secure the 91-72 victory at their new home.

They also played strong defensively against the Flyers with our Southsiders unable to find their offensive rhythm on the night. While Maddison Rocci and Abby Bishop had solid outings the remainder of our starters struggled from the field, with the team as a whole shooting just 38% from the field.

But that shooting performance will likely not be repeated today at Dandenong Stadium with our Southside stars ready to put on a show in front of the Flyers Family. Expect big rebound games from Bec Cole and Sara Blicavs today who were both a little off last Saturday and will be ready to re-establish themselves in this fierce rivalry clash.

On defense the Flyers will need to be focused in on protecting driving lanes and controlling the paint, giving up too many points on Lindsay Allen and Tiffany Mitchell drives. Both import guards were terrific with ball-in-hand last week, scoring with ease and finding open teammates and they’ll need to be slowed in order to secure a Southside victory.

If we can turn the pressure up defensively and find some easier shots today our Flyers will be in a great position to even up the season series and remind everyone who the WNBL’s defending champions are. Make sure you’re helping us out by cheering LOUD Flyers Family, we’ll need all your energy for this fierce rivalry clash!