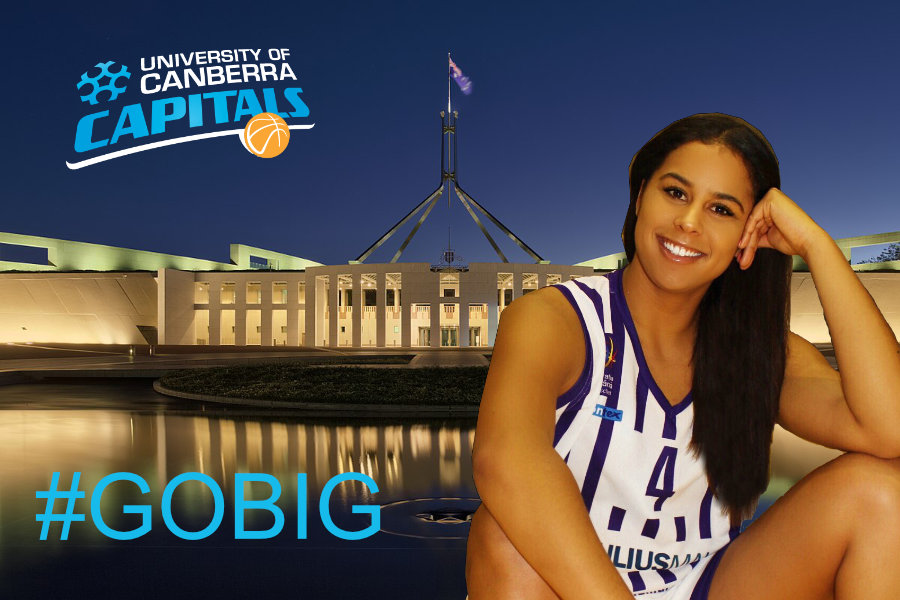 Former Virginia Tech star and homegrown talent Hannah Young is poised to make her WNBL debut after signing a one-year contract with the University of Canberra Capitals.

Young has been playing for the Newcastle Hunters in the Waratah Championship League since returning to Australia from the United States in 2016. She is averaging 14.6 points and 9.5 rebounds a game this season.

The 24-year-old defender, whose father played for the world-famous Harlem Globetrotters, will trade her home town for the nation’s capital later this year to contest the 2018/19 WNBL season with the UC Capitals.

“I’m ready to take the next step in my career and I’m thrilled to be doing it with the University of Canberra Capitals,” Young said. “It’s always been a goal of mine to play in the WNBL and I’m ready to realise that.

“The UC Capitals have a number of big names on the roster this season and I’m eager to learn from them and take my game to the next level.”

Young left Australia in 2012 and spent four years at Virginia Tech where she developed a formidable reputation as a three-point shooter.

She started every game (32) in her final season for the Hokies in 2015-16 and sunk 74 baskets from beyond the arc to secure a NCAA Division I college season record.

Prior to leaving Australia, Young helped New South Wales win the Australian All Schools title in 2011 and was named the tournament’s Most Valuable Player. She represented her state for seven years and also played for Australia at the junior level.

Young’s American-born father Lewis played college ball in the United States in the 1970s before spending a year with the Globetrotters. She also grew up playing one-on-one against Australian-born Philadelphia 76ers star Ben Simmons.

“We are extremely excited to add a player of Hannah’s talent to our roster for the upcoming season,” Goriss said.

“Her versatility, in addition to the way she shoots the ball from range, means she is a great fit with the squad we have in place.

“Hannah can defend across multiple positions which will allow us to experiment with different line-ups throughout the year. She’s an important piece of the puzzle.”