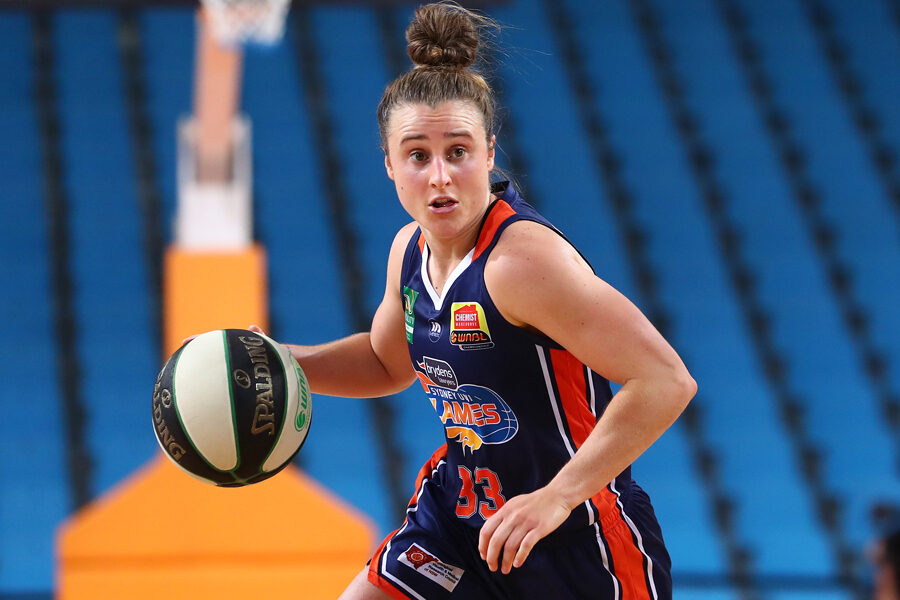 Mansfield and Nakkasoglu locked in for WNBL21

The Brydens Sydney Uni Flames have hit the ground running ahead of free agency, confirming Lauren Mansfield and Funda Nakkasoglu will both be back in Flames colours for the upcoming WNBL season.

Coming off the back of a hugely successful WNBL20 campaign, Mansfield will re-unite with new Head Coach Shane Heal after she had her breakout season under him at the South East Queensland Stars in 2015.

Following her season with Heal she was named in the 2016 Rio Olympics Opals squad, and went on to represent Australia as the starting point guard at the 2017 FIBA Asia Cup where she helped the Opals claim a silver medal.

Despite narrowly missing out on finals, the Flames co-captain led by example throughout the WNBL20 season averaging 14 points and 4.5 assists per game. A weapon from beyond the arc she frequently led the team offensively to a win and was named in the WNBL Team of the Round on more than one occasion.

Head Coach Shane Heal is looking forward to re-uniting with the talented guard.

“I’m really excited to coach Lauren again. She is a great player but equally important is that she has the right work ethic and mindset to be a really good leader, all of which is going to important in helping us create a strong culture Flames”.

“Lauren will play a key role in what will be a very new look Flames roster. I plan on creating a high scoring and exciting style of play next season and Lauren’s ability to score and create for teammates will be crucial” Heal said.

“I’m looking forward to another season with the Flames”.

“There was already a lot of excitement building around women’s basketball in Sydney before we went into the hub with new ownership taking over, and the FIBA 2022 Women’s World Cup being played here. I’m also looking forward to playing under Shane again, I think it’s going to be a really fun season for the Flames” Mansfield said.

Also joining Mansfield and coming off an impressive first season in the WNBL is young-gun Funda Nakkasoglu.

An exceptional long-range shooter, the 25-year-old was a force off the bench last season averaging 8.3 points per game and adding another reliable offensive threat to the Flames line-up.

Heal is looking forward to seeing the continued growth and development of Nakkasoglu as an upcoming talent in the WNBL this season.

Both Mansfield and Nakkasoglu are currently playing in the NBL1 – Nakkasoglu is suiting up for the Ringwood Hawks in NBL1 South, and Mansfield is playing for the Gold Coast Rollers in NBL1 North.

The pair are the first players locked in as part of the new-look Flames roster, with more team announcements expected to be made in the coming days and weeks.