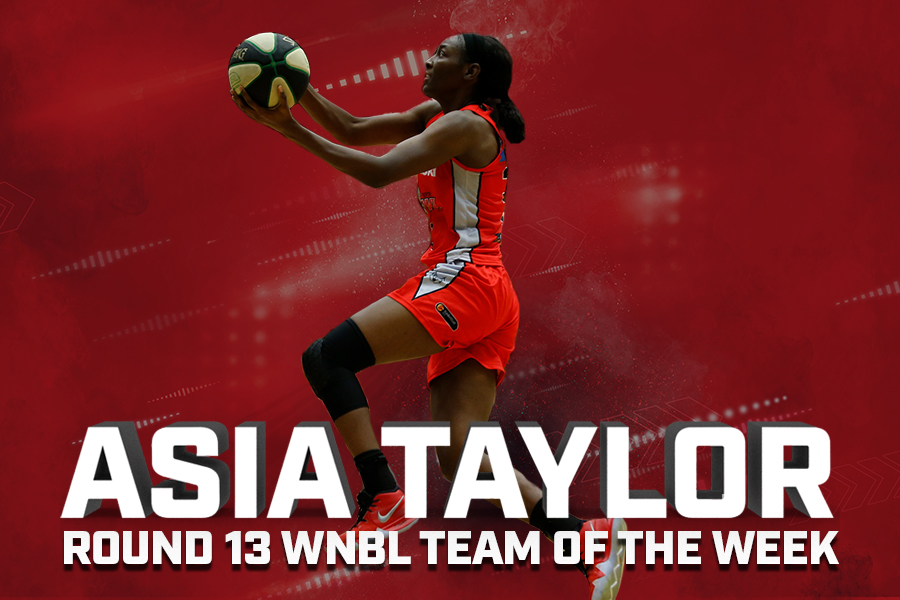 Asia Taylor named in team of the week

For the fifth time in the 2018/19 WNBL season, Perth Lynx star Asia Taylor has been named in the WNBL team of the week.

Perth were on the road for both games in round 13, falling just short in Melbourne, and then following it up with a win in Bendigo.

The Lynx secured their place in the finals for the fourth consecutive season, in the round.

In game one of the round, Taylor scored 11 points, eight rebounds and had three steals in a narrow defeat against Melbourne, 59-64.

Perth stayed on the road for the second game of the double header in the round, visiting Bendigo to take on the Spirit.

Taylor led the Lynx to victory with 20 points, eight rebounds, and scored a crucial seven points in the final term when the game was on the line.

The Lynx now have their final two games of the season at home, starting with a rematch against Melbourne on Thursday, 10 January.