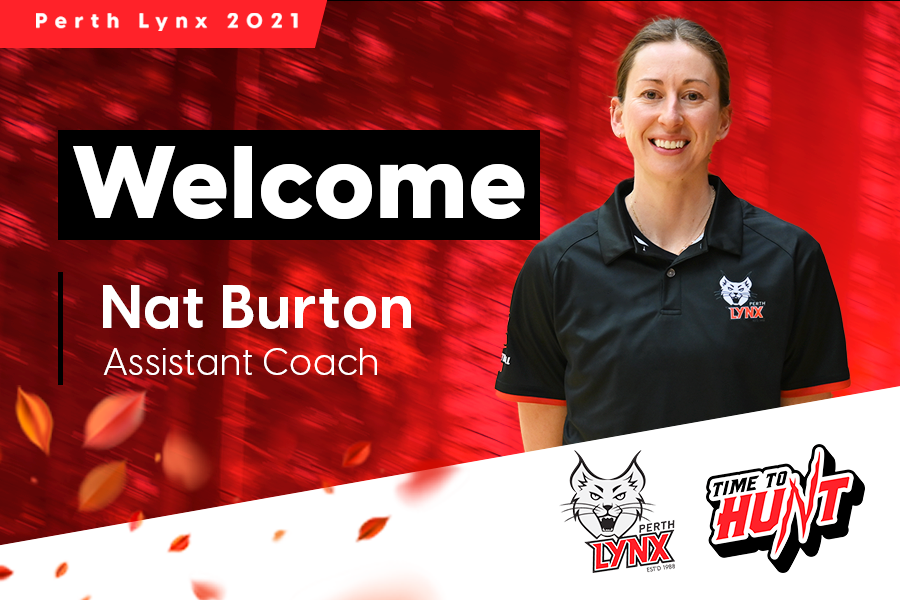 After a busy season playing with the Perry Lakes Hawks in the NBL1 West conference, Australian Opal Nat Burton has agreed to come on board as the Perth Lynx Assistant for the WNBL 2021/22 Season.

The 194cm centre emerged as a high-quality frontcourt player among the Australia Opals and got her first national call up under Head Coach Brendan Joyce in 2013. Since then, Burton has had a decorated career with the Opals, including getting bronze at the 2013 World University Games. In 2013 she was in the team that defeated New Zealand to claim the Oceania Championship.

Heading back to Australia, Burton suited up for the Melbourne Boomers in the WNBL during the 2014/15 season and then made her way West, where she signed with the Perth Lynx over multiple seasons – 2015 – 2018. On November 17th Burton played her 100th Game with the Perth Lynx franchise, becoming the eleventh player in team history.

The Lynx are excited to have one of their own come back and immerse themselves in the program from a coaching standpoint.

Perth Lynx General Manager Brent Dawkins can see the enormous potential in having someone like Nat coming on board, “We are excited to have Nat come on board as an assistant coach for the upcoming season. Nat has been at the pinnacle of women’s basketball representing Australia at the 2016 Rio Olympics, and this experience, along with 16 years of professional basketball throughout Australia and overseas, will be invaluable coaching for our current list of Lynx players.”

Nat reflected on the decision saying, “As my professional playing career comes to an end, I am becoming more and more passionate about drawing on my knowledge and experiences and using them to help guide and support other athletes along their journeys. I’m looking forward to stepping back from playing and giving my energy in a coaching role to the club where I started my professional career ten years ago”