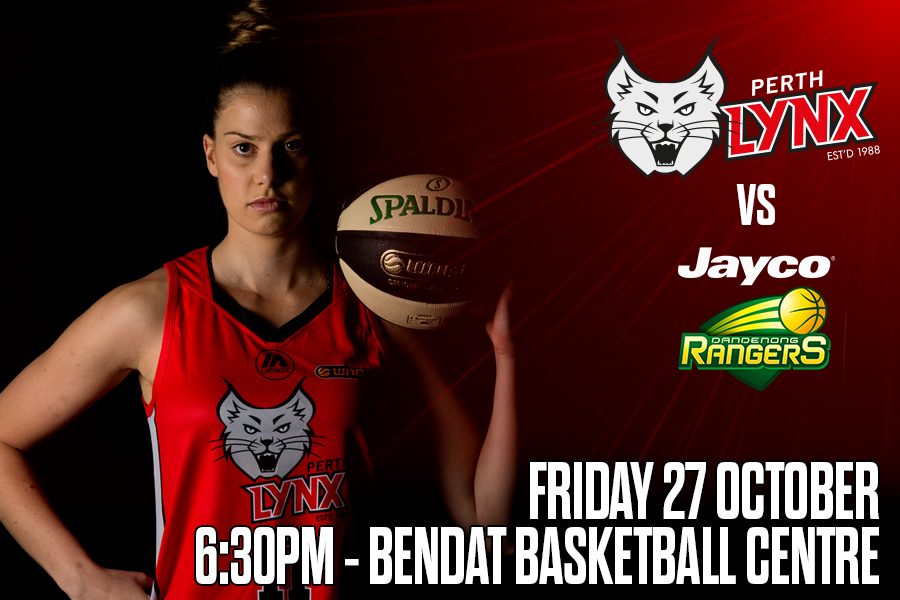 The Perth Lynx will welcome a pair of familiar faces to the Lair tomorrow evening, when they host the Dandenong Rangers at 6:30pm.

A week after their first win of the season, the Lynx will be keen to add another home victory to their tally, but will have to go through former Lynx stars Carley Mijovic and Tessa Lavey to do so.

Sami Whitcomb and Natalie Burton are set to lead the way against Mijovic and Lavey, with the battle between former teammates just one of the intriguing matchups in this clash.

The Lynx and Rangers are both desperate for a win to move them closer to the top four.

Friday night’s game represents the first of three consecutive games at the Bendat Basketball Centre, with the home stand a great opportunity for the Lynx to get back on track in the 2017/18 season.

The Perth Lynx host the Dandenong Rangers tomorrow evening at the Bendat Basketball Centre, with tip-off scheduled for 6:30pm.

Tickets are on sale now starting from just $10!