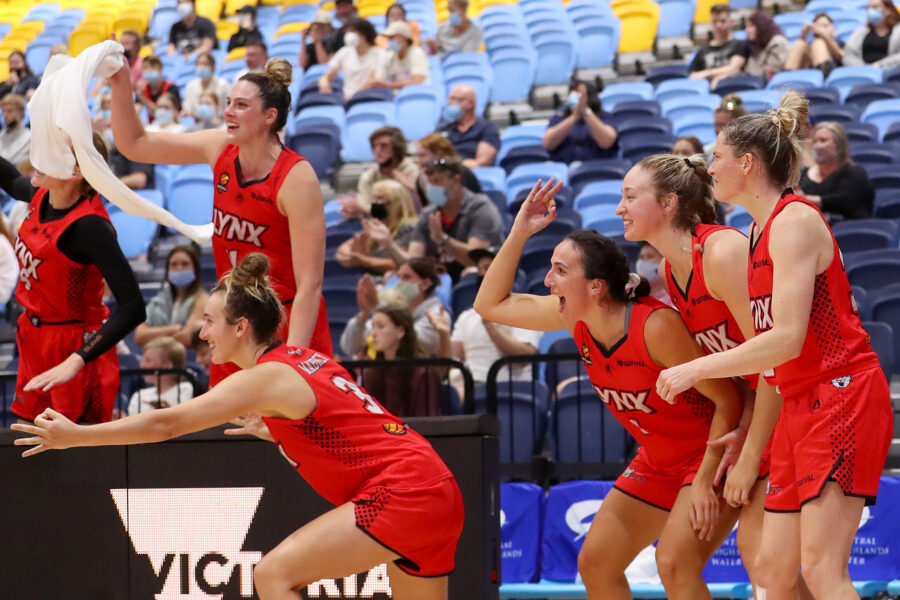 The Perth Lynx are making the most of their home away from home in Ballarat delivering a hot-shooting performance led by captain Darcee Garbin to win a second game in a week over the University of Canberra Capitals on Wednesday night, 102-73.

The Lynx won by 19 points in the first meeting between the teams in Canberra back on Friday night and then bounced back from a narrow loss to the Melbourne Boomers on Monday with a tremendous performance back at Ballarat’s Selkirk Stadium on Wednesday.

The Lynx started on fire on the back of 13 first-quarter points from captain Darcee Garbin before the Capitals turned the tide and managed to hold a three-point lead by half-time.

However, it was all the Lynx in the second half as they outscored Canberra 55 points to 23 as their offence clicked impressively, but also the defence was locked in and just as big a factor in the eventual 29-point victory.

There was plenty to like about the all-round Lynx performance including a rebounding dominance finishing with 51 boards to 33 from the Capitals, including 19 offensive rebounds to nine for 23 second chance points.

Then there was the shooting performance where the Lynx went 38/79 from the field at 48 per cent and a stunning 16/33 at 48 per cent from beyond the arc.

Darcee Garbin was the standout with the captain going 6/10 from long-range for 24 points and nine rebounds but her fellow leader Ash Isenbarger wasn’t far behind. In the best night of her WNBL career, she finished with 19 points and three rebounds while hitting 5/7 from downtown.

It was far from a two-person show, though, for the Lynx with Lauren Scherf contributing 15 points, 14 rebounds and four assists, Jackie Young 10 points and eight assists, and Marina Mabrey nine points, four assists and three steals.

After the teams were trading basket for basket in a frantic opening to the contest, it was Lynx captain Darcee Garbin who broke the game wide open. She hit three bombs from downtown on her way to 13 points in the quarter and her teammates’ hustle was a critical factor too.

Perth grabbed nine offensive rebounds in the first period alone while the Capitals had just nine boards in total. The Lynx capitalised with some hot shooting with Ash Isenbarger and Emma Clarke joining the three-point part to help open up a 27-23 quarter-time advantage.

The second quarter didn’t quite go the Lynx’s way with the Capitals able to usurp the lead with their 8-0 run. Brittany Smart then caught fire to hit a couple of threes and Canberra was leading by as much as eight before the Lynx worked their way back into it before half-time.

Marina Mabrey and Garbin connected from deep late in the half and that helped to cut the Capitals advantage to 50-47 at the main break.

The game was right up for grabs at the half but the Lynx soon changed that with a hot start to the third quarter starting with an 8-0 run that included another Garbin three ball, Jackie Young and-one and Lauren Scherf inside finish.

Garbin then drained yet another three-pointer to put the Lynx up six and they continued their charge with another 8-0 run as that lead grew to 16 points.

Triples to Scherf and Isenbarger then saw Perth leading 76-57 by three quarter-time with a 27 points to seven third quarter and having held the Capitals to just the two field goals which both came late in the piece.

There was no let up in the fourth period from the Lynx either and three-pointers kept falling with Young, Clarke and finally Mackenzie Clinch-Hoycard all hitting from beyond the arc for the eventual 29-point victory.

Next up for the Lynx is a clash with the Sydney Uni Flames at Qudos Bank Arena on Sunday afternoon.