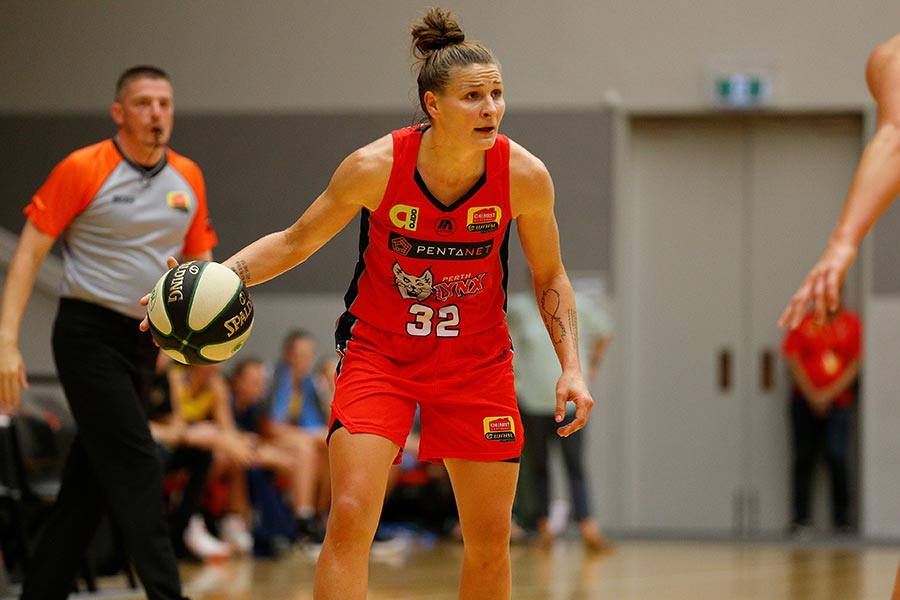 The Perth Lynx have defeated he Sydney Uni Flames 91-82 in Sydney on the back of another huge performance from Alison Schwagmeyer-Belger.

The result makes it back-to-back wins for the Lynx and it improves their season record to three and four.

Schwagmeyer-Belger amassed 25 points and 10 rebounds in her third double-double of the season, while Katie Ebzery continues to be aggressive on offensive, racking up 20.

Maddie Allen was again dominant inside, finishing with 12 points to go with six rebounds and two blocks, while Marena Whittle came away with three steals and two blocks on the defensive end.

After a slow start that saw them trailing by as much as eight points in the first quarter, the Lynx rallied to tie the game up by quarter time.

A hot shooting run in the second saw them gain a lead they would never give up.

At halftime, the Lynx were shooting over 60 per cent from beyond the arc.

The visitors maintained their advantage in the second half through defensive pressure, causing 16 turnovers and coming away with 10 steals.

The Perth Lynx now face the Canberra Capitals on Sunday.

Tip-off is at 2pm WA time on Fox Sports.