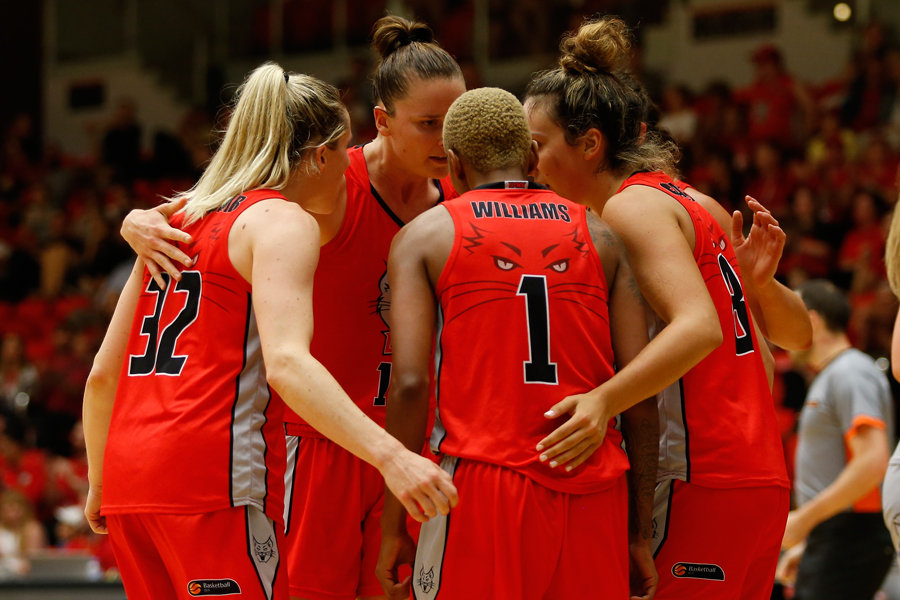 The Perth Lynx have claimed a club record eleventh consecutive victory, defeating the Sydney Uni Flames in a thriller, 84-79.

After storming home to earn their tenth win on Thursday, the Lynx travelled to New South Wales to face the reigning WNBL Champions, and dispatched the Flames in a classic contest to notch the historic mark.

The club’s previous record of 10 straight wins had only been achieved twice before – once in 1992, ahead of Perth’s lone WNBL Championship, and again in 1993 with a very similar core group.

The Lynx have delivered several dominant second-half performances during their win streak, but this time it was the Flames that came roaring back after the main break.

An early 16-point lead for Perth was slowly chipped into by the hosts, who managed to cut the margin to just one point in the final minutes.

However, a pair of threes from Sami Whitcomb in the dying moments sealed the historic victory for the Lynx, capping off a brilliant 23-point performance from the co-captain.

The victory did more than just achieve club history, with the result also earning the Lynx the season series tiebreaker over Sydney Uni, 2-1.

After starting the season at 1-4, the Lynx have clawed their way to the top of the WNBL ladder with a league best 12-4 record.

The Perth Lynx now return home to take on the Adelaide Lightning on Friday 15 December at the Bendat Basketball Centre – tickets are on sale now.