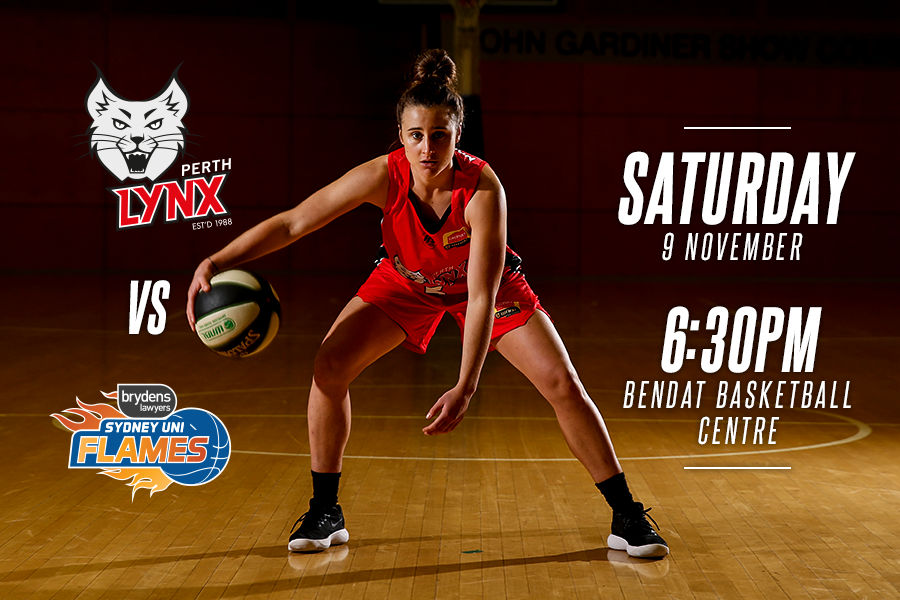 The Perth Lynx look to get their season back on track when they face the Sydney Uni Flames at the Bendat Basketball Stadium.

It’s their second battle against the Flames, with their first win of the season coming in their home-opener in October.

Since then, the Lynx have had a heartbreaking run, dropping three of its four losses in overtime games.

Perth have been without import centre Imani McGee-Stafford for their last two games and after a tough night on the glass against Townsville, rebounding is a major focal area for the team.

The Lynx average 40 rebounds per game but last week only pulled down 32 to the Fire’s 48.

Coach Andy Stewart will ask for a team-effort on the glass, led by talls Nadeen Payne and Maddie Allen.

Meanwhile Sydney Uni are being led by former Lynx player Alice Kunek on the scoreboard, who’s averaging 18.5 points per game.

In a quirk of the scheduling, the Flames and Lynx play each other in back-to-back games, with the return game in Sydney on 22 November.

Tip-off on Saturday is at 6.30pm and tickets are available here.