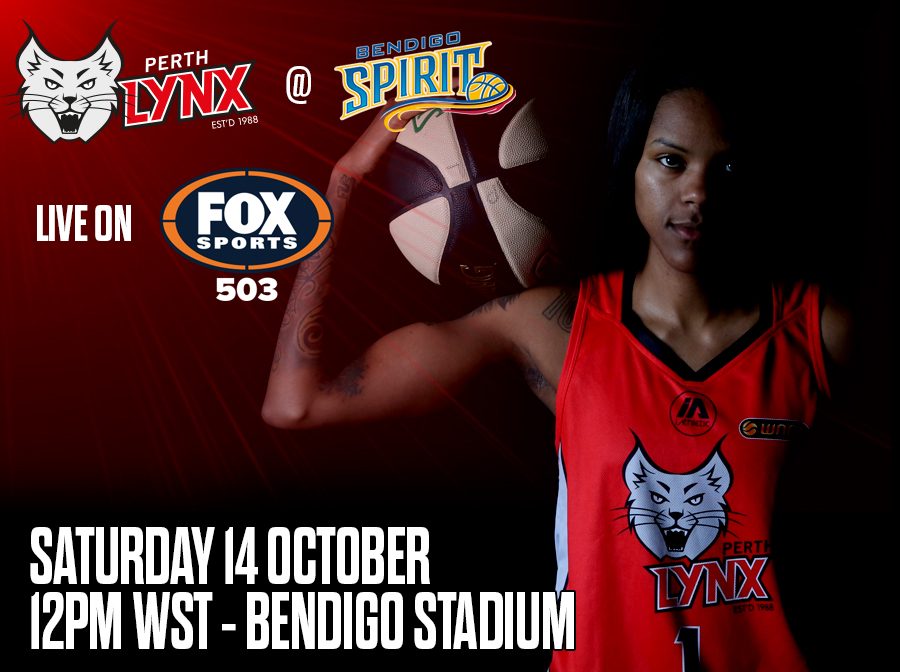 The Perth Lynx return to the TV screen for the first time in 2017, when they travel to take on the Bendigo Spirit on Saturday 14 October.

The clash, which will be broadcast live on Fox Sports 503 at 12pm WST, offers the travelling Lynx a great opportunity to kick start their season, and capitalize on the scoring dominance of Courtney Williams and perimeter threats throughout the squad.

Williams leads the WNBL in scoring this season, averaging 25.5 points per game, and will prove a handful for a Bendigo side looking for their first win of the season.

Kayla Standish has been in fine form in her first two games for Perth, as has Amanda Dowe, with the fearsome interior pair tasked with deterring athletic scorer Betnijah Laney from getting to the rim.

The Lynx are sure to be pleased with their three-point shooting in the early stage of the season, with Williams, Standish, Alice Kunek and the WNBL three-point record holder Sami Whitcomb all lining the perimeter.

Needing an important win to truly get their 2017/18 campaign underway, the Perth Lynx head to Bendigo with everything to play for.

You can watch this Saturday’s game LIVE on Fox Sports 503 from 12pm WST.