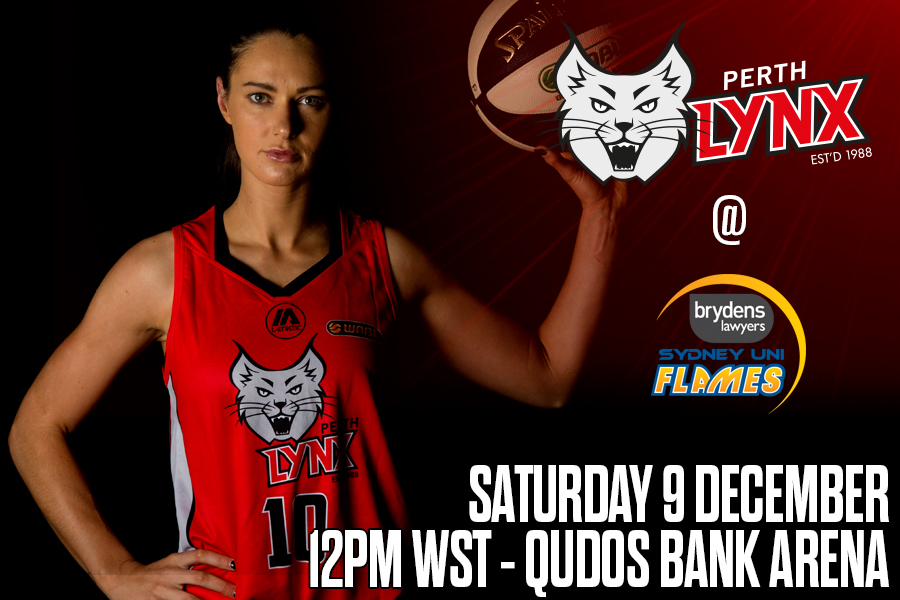 The Perth Lynx have an opportunity to create history as they prepare to take on the Sydney Uni Flames, currently sitting just one win shy of an outright club record eleven consecutive victories.

After starting the season with a 1-4 record, the Lynx have won 10 games without error, and joined an exclusive group of teams by reaching a double-figure win streak on Thursday night.

However, standing in the way of the record breaking eleventh win are the reigning WNBL Champions, the Sydney Uni Flames.

The Lynx and Flames are currently tied 1-1 in the season series, with both games having been played at the Bendat Basketball Centre.

As the teams prepare to meet in Sydney, the travelling Lynx will be desperate to make an early statement in the crucial series decider.

The Lynx have trailed by double digits in the first half throughout each of their past three games and, while they rallied for victory in each contest, a fast start against the Flames will be critical.

The 201cm Hamson dominated at both ends of the floor in the Flames’ most recent outing, recording 15 points and 17 rebounds.

While Sydney Uni will be without star forward Asia Taylor, the Flames had four players score in double-digits in her absence on Thursday.

Meanwhile, superstar guard combo Sami Whitcomb and Courtney Williams enter the game in outstanding form, and will look to continue their free-scoring ways.

With history and an important season series tiebreaker on the line, the Perth Lynx have everything to play for as they take on the Sydney Uni Flames on Saturday 9 December.

Tip-off is scheduled for 12pm WST.