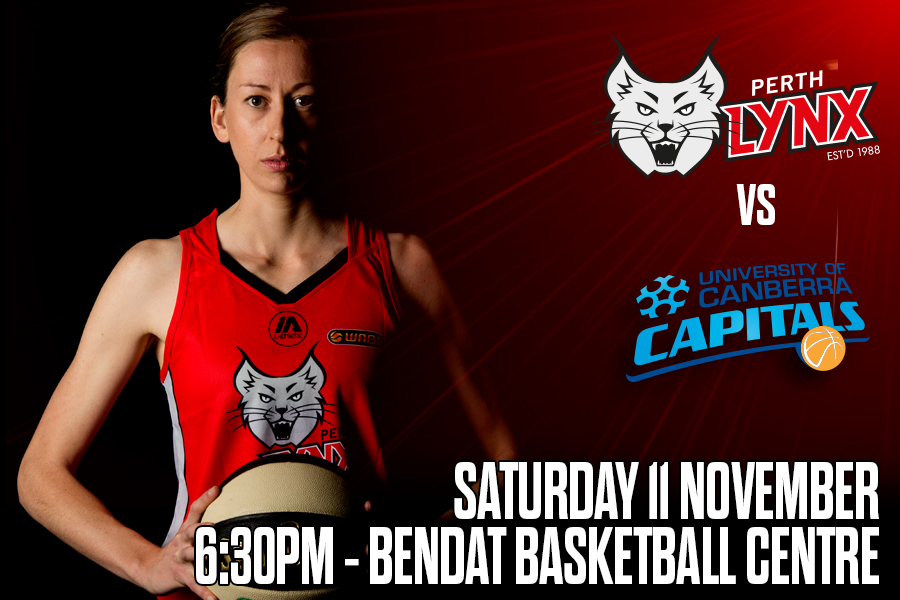 The Perth Lynx hope to make it four straight home victories tomorrow night, when they host the University of Canberra Capitals at the Bendat Basketball Centre.

The Lynx have roared up the ladder in recent weeks, and have flipped the narrative of their season during their current stretch of home games.

Perth have found success with their variety of scoring threats this season, as Courtney Williams (20.0 points per game) and Alice Kunek (16.2 ppg) are firing on all cylinders offensively, with Kunek recently named to the WNBL Team of the Week.

Lynx captain Sami Whitcomb has started the season averaging career highs in assists, rebounds and steals while continuing to feature in the top-10 scorers in the league (15.6 ppg).

For University of Canberra, a terrific 2-0 start to the season has been quickly forgotten thanks to a seven game losing streak.

UC Capitals will be without Australian Opal guard Rachel Jarry, after a series of concussions that have ruled her out for a month, though sharp-shooter Abigail Wehrung and American pair Jordan Hooper and Mistie Bass offer plenty of firepower for the visiting side.

The Perth Lynx host the University of Canberra Capitals on Saturday 11 November at 6:30pm – tickets are on sale now and start from just $10!