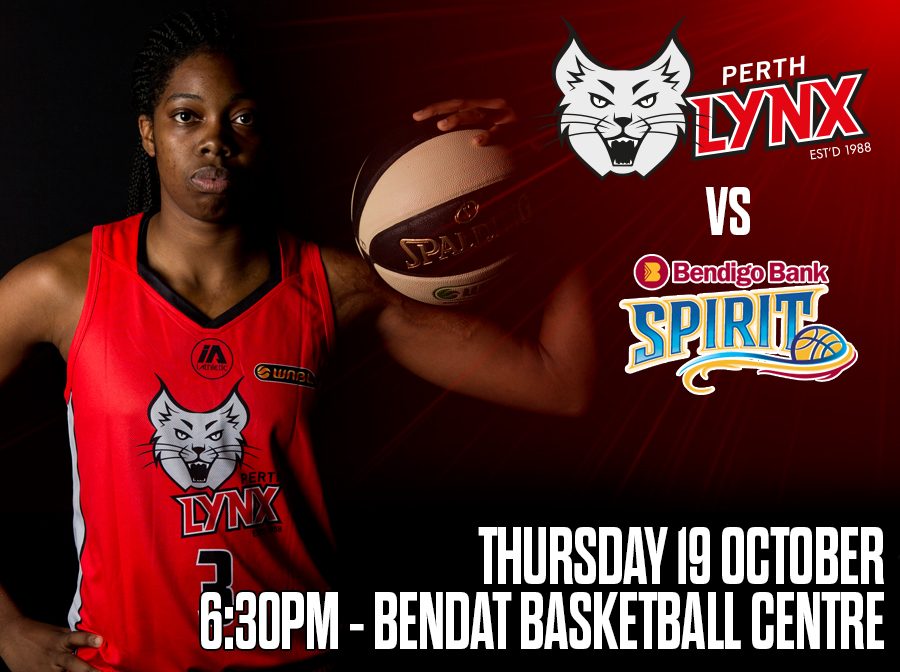 The Perth Lynx will look to get their WNBL campaign back on track tomorrow evening, when they host the Bendigo Spirit at the Bendat Basketball Centre.

Having opened the 2017/18 season with their worst start under head coach Andy Stewart, the Lynx have everything to play for as they hope to right the ship and get back on the winner’s list.

Thursday’s game also offers Perth a chance for some degree of revenge against Bendigo, after being on the receiving end of a 43-point third quarter barrage from the Spirit last Sunday.

An increased defensive effort is needed from the home side, with the Lynx currently conceding a league worst 96.0 points per game.

The hosts will be led into action by captain Sami Whitcomb, who torched the Spirit on several occasions last season, but has struggled to get going in the early portion of the season.

Courtney Williams will look to continue her fine form, with the WNBL’s leading scorer set to play a vital role on offense, while Amanda Dowe will be hoping to deliver once again on the interior.

Staring down the barrel of a 0-4 start, the Lynx need to make a strong impression against Bendigo, and reverse the result against a side that defeated them just five days ago.

The Perth Lynx take on the Bendigo Spirit on Thursday 19 October at 6:30pm – tickets are on sale now, starting from just $10!