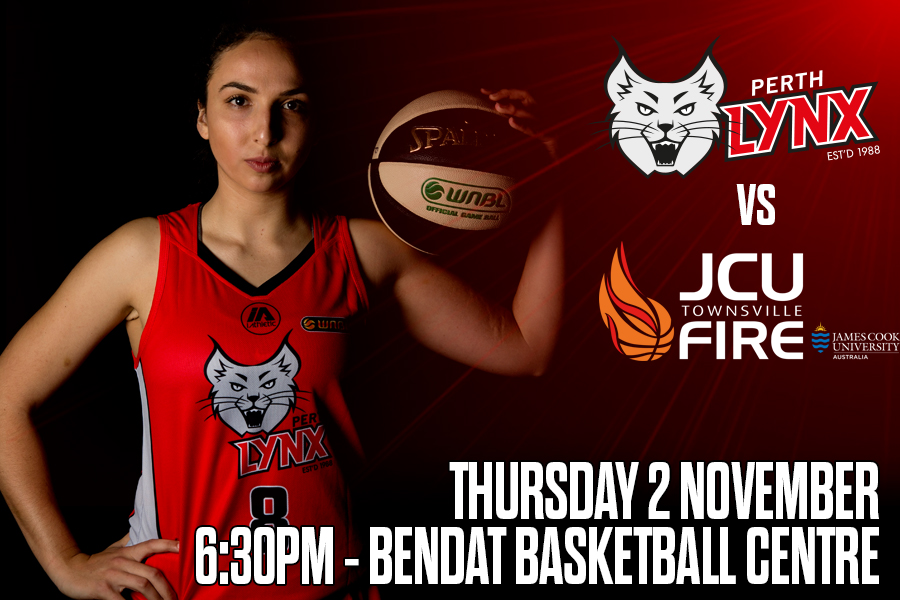 The Perth Lynx set their sights on three consecutive home victories and climbing the WNBL ladder, as they host the Townsville Fire tomorrow evening at 6:30pm.

The Lynx and Fire have enjoyed two years of intense rivalry, and will face off with both sides featuring an arsenal of high scoring options.

Courtney Williams, leading the league in scoring with 20.8 points per game, will hope to prove her fitness in time for the game, while Suzy Batkovic (20.2 points per game) will hit the court as the reigning WNBL Player of the Week.

Sami Whitcomb, who last week fell just three assists shy of an historic triple-double, has stepped up for the Lynx throughout the season, and acknowledged the benefits of her side’s current string of home games.

“The biggest part of being at home is getting that consistent training and right now that is big for us to be able to get that chemistry together,” Whitcomb said.

After starting the season with a 0-3 start, a victory tomorrow night would see the Lynx having claimed three wins in four games, and solidify them firmly back in the race for the WNBL playoffs.

The Perth Lynx host the Townsville Fire on Thursday 2 November, with tip-off scheduled for 6:30pm.