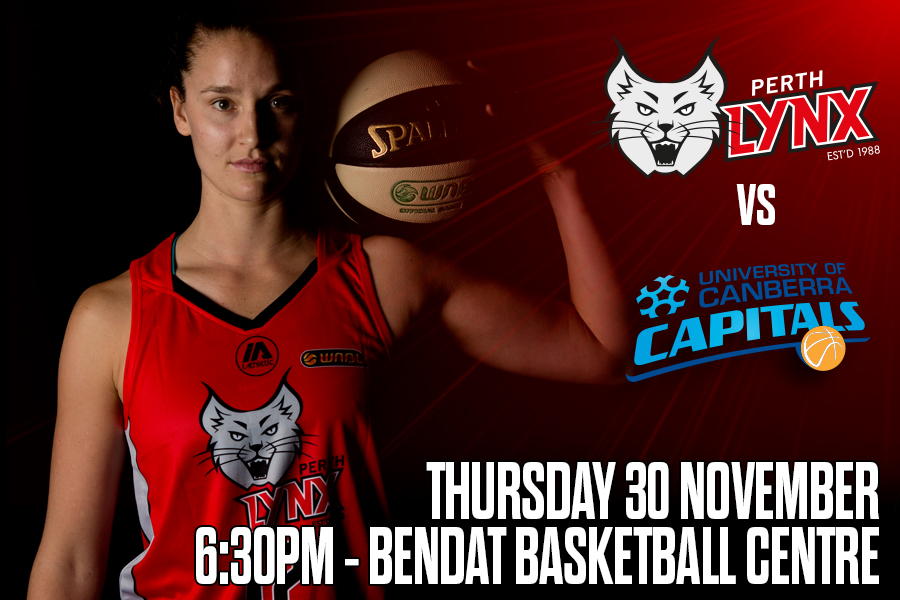 The Perth Lynx return home after their strongest road trip of the season, and host the University of Canberra Capitals tomorrow evening at 6:30pm.

Riding a seven game win streak into the contest, the Lynx will be hoping to add another victory over the Capitals to seal the season series between the two teams.

Entering the week with the equal best record in the WNBL, the Lynx now find themselves alone atop the league’s standings due to other results, and can solidify that position with a victory tomorrow.

The frenetic backcourt pairing of Sami Whitcomb and Courtney Williams were both named to the WNBL Team of the Week after their recent scoring outbursts, and will hope to have the same shooting form as they take on a Capitals outfit that concede the second most points in the WNBL.

The Lynx defence tightened the screws when these sides last met, with the home team forcing University of Canberra into 22 turnovers.

After starting the season 2-0, the Capitals have dropped 10 consecutive games, including a series of heartbreaking one score losses.

Despite their record, UC have played tough throughout the season, and made life extremely difficult for the Lynx when they last came to Perth, led by sharpshooters Abigail Wehrung and Jordan Hooper.

The Perth Lynx host the University of Canberra Capitals on Thursday 30 November at the Bendat Basketball Centre.

Tip-off is scheduled for 6:30pm, with tickets available online or at the door.