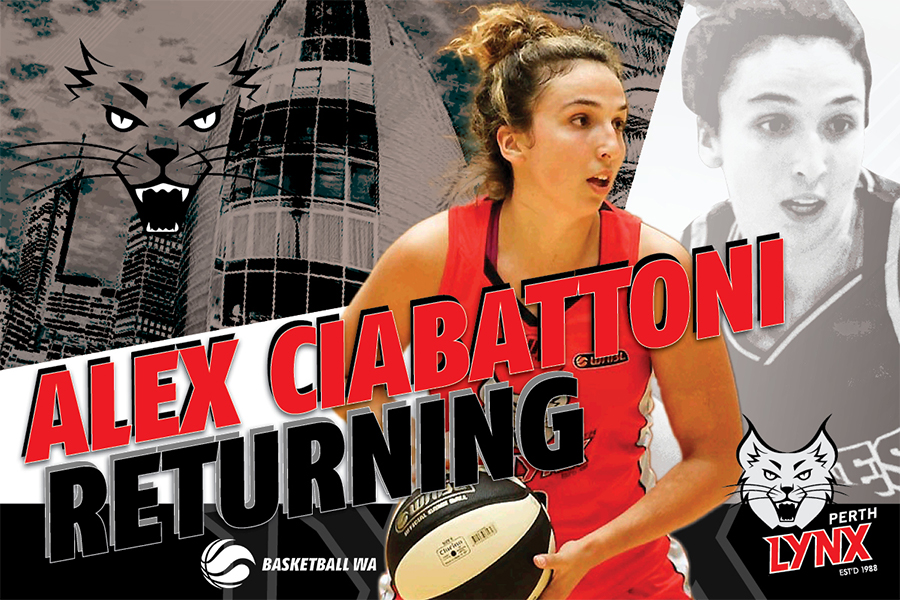 Alex Ciabattoni, the WNBL 2015/16 Rookie of the Year, has today been confirmed as returning to the Perth Lynx for the 2020/21 WNBL season. Ciabattoni, or Chibba as she is affectionately known to fans, previously played for the Lynx in season 2017/18 before plying her trade overseas in Italy. Ciabattoni is also no stranger to WA SBL audiences after appearing for both the Kalamunda Eastern Suns and the Rockingham Flames, most recently steering the Flames to WSBL Grand Final glory in season 2019.

Lynx Head Coach Ryan Petrik welcomed the addition of the versatile Ciabattoni to his squad. “Alex is someone who can do a little bit of everything and with the way the game is going that skillset is really valuable to us.”

Petrik also hinted that Ciabattoni may be used in a different role to where she has previously been deployed. “We know Chibba’s game really well and we’re confident that she has the ability to be a real weapon for us this season.”

For her part Ciabattoni is ecstatic to be returning to Perth, a place she calls a second home. “I love Perth and I see myself building a long-term future in the Western Australia. The culture being built at the Lynx is something that’s really attractive to me and it’s definitely something I want to contribute to.”