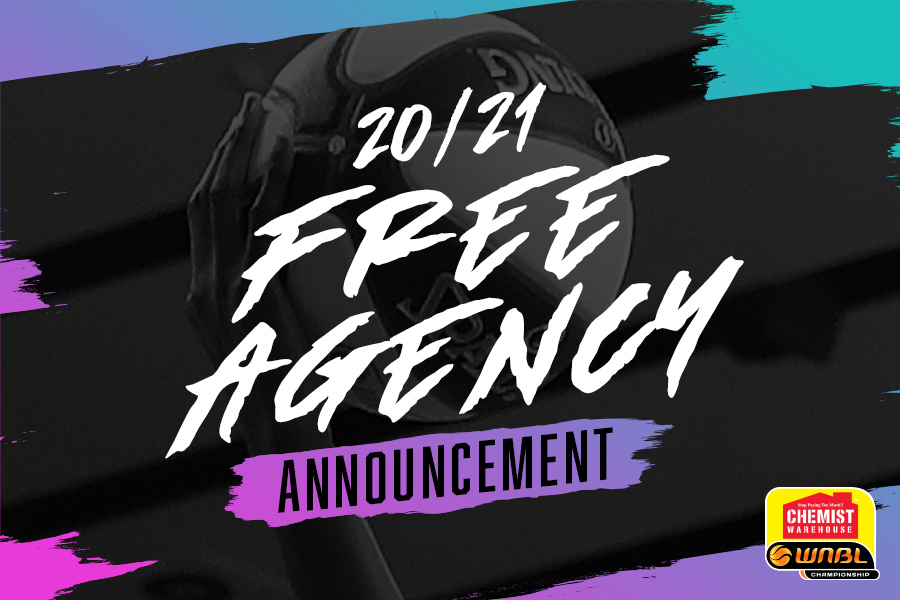 Basketball Australia can today confirm that Free Agency for the 2020-21 Chemist Warehouse WNBL Season will open at 1.00pm AEST today, Thursday 4 June, when the eight WNBL clubs will be able to begin negotiating with any Unrestricted* Free Agents.

View the full list of 2020-21 WNBL Free Agents at https://wnbl.basketball/free-agency/teams

Entering its 41st season, the WNBL is Australia’s longest-running elite women’s sporting competition and renowned as one of the leading women’s basketball leagues in the world. With this year’s WNBA season on hold due to COVID-19 restrictions in America and with spots up for grabs in the Chemist Warehouse Opals roster for the delayed Tokyo Olympics, the 2020-21 WNBL season is set to feature the strongest line-up of established and emerging Australian talent for many seasons.

Basketball Australia Head of Women in Basketball, Lauren Jackson said: “The WNBL should be considered the template for how to develop world class athletes for both domestic and international honours, while delivering a product which is envied by the rest of the world.

“We are entering an extremely exciting period for Australian women’s basketball, with the delayed Tokyo Olympics in July 2021 and Sydney set to host the 2022 Women’s Basketball World Cup. With the Opals currently ranked number two in the world and the Gems finishing with the silver medal at last year’s FIBA 19s World Cup, never has there been a greater opportunity for Australia to claim that title as the world’s best women’s basketball nation.

“In addition to the sensational Australian talent who have either re-signed or on the Free Agency List for next season, the WNBL could welcome back some of our homegrown superstars including the likes of Liz Cambage and Alanna Smith, which would be phenomenal for the WNBL.”

As announced by Basketball Australia on May 27, the opening round of the 2020-21 Chemist Warehouse WNBL Season will occur 20 – 22 November 2020, with the final round to be contested 3 – 6 March 2021. Each club will play 21 regular season games – unchanged from last season – ahead of the Semi Finals and Grand Finals Series being played across March 2021.

Although hopeful of being able to play all games in front of crowds, as part of the financial modelling for 2020-21 Chemist Warehouse WNBL season, Basketball Australia and the WNBL Commission confirm that it has planned on a scenario of some games being contested without fans in attendance due to uncertainty around exactly when COVID-19 restrictions on mass gatherings will be removed.

This financial modelling has also taken into consideration that WNBL clubs will not have Restricted^ Players on their roster for the 2020-21 season.

“With COVID-19 set to impact the finances of the league and clubs for next season, Basketball Australia and the WNBL Commission have made a number of determinations to best support the future of the league and assist the national team achieve its goal of claiming gold at the Tokyo Olympics and 2022 World Cup.”

“One of those decisions was to focus on showcasing the depth of local talent in 2020-21, with Restricted Players ineligible to be signed by WNBL clubs for the upcoming season,” concluded Lauren Jackson.