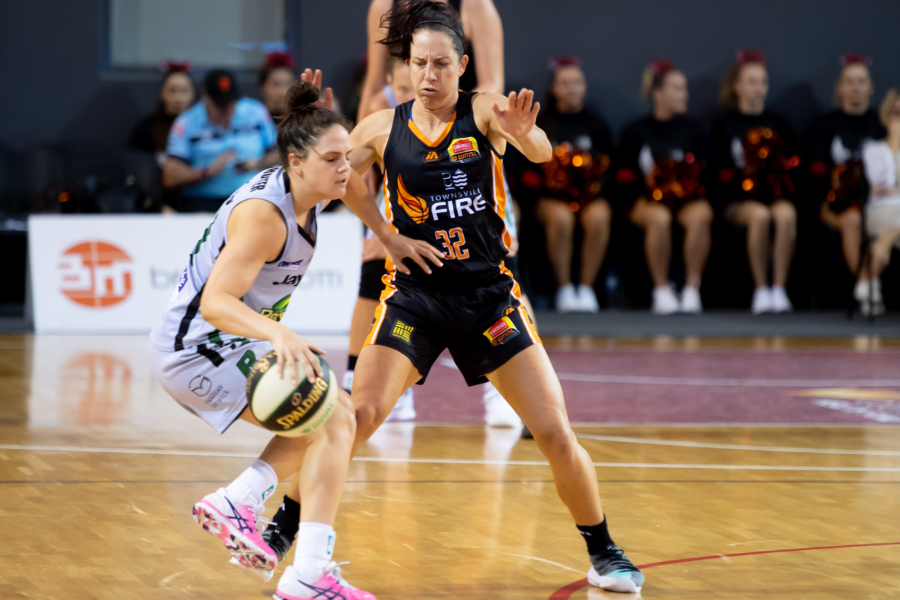 Fresh off winning her fourth Players’ Player Award, and coming runner up for the WNBL Robyn Maher Defensive Player of the Year award, the 203-game veteran agreed to a fresh deal which will extend her stay in North Queensland into an ninth season.

“It’s great to be able to stay in Townsville which has become my home away from home,” Cocks said.

“Looking forward to my ninth year at the fire, it’s a fantastic club and I love the support the Townsville community shows the Fire.”

Having joined the Fire in 2011/12, Cocks is one of two players to have played in all five of the Fire’s Grand Final appearances including capturing the Rachael Sporn Medal in 2015/16.

The high-octane guard sits in the top-five for points and assists for the Fire amongst a raft of other categories.

“Micaela has been a huge part of our success and we were keen to make sure she lined up for another season with us” Fire head coach Claudia Brassard said.

“She is one of the best shooters in the league, a tough defender and more importantly sets the benchmark when it comes to work ethic and putting the team’s needs first”

Cocks joins Opals forward Darcee Garbin and centre Zitina Aokuso under contract for the Fire for the 2019/20 WNBL season.