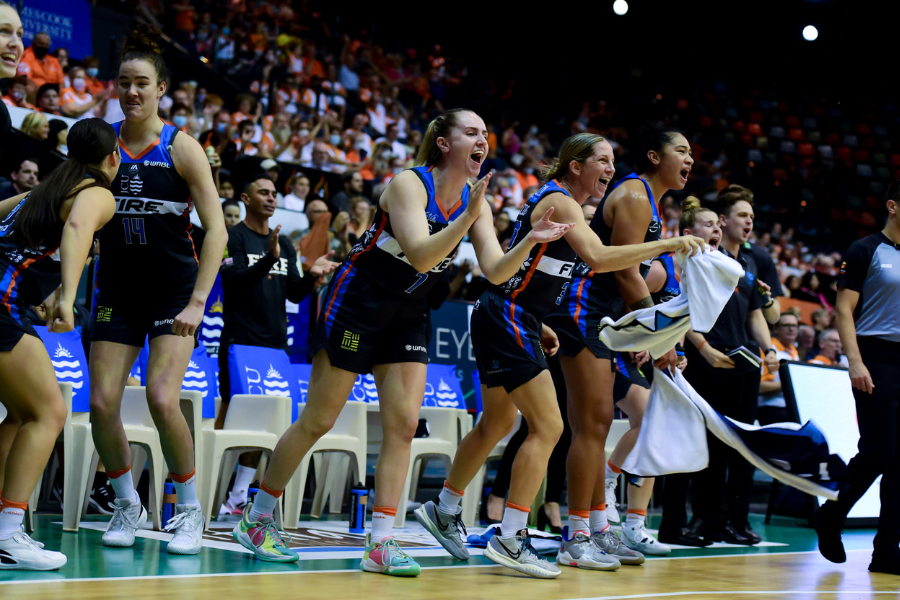 WHO TO FIRE UP FOR THIS SEASON

TOWNSVILLE’S TEN – WHO TO FIRE UP FOR THIS SEASON

The Head Coach of the JCU Fire foresees a return to the finals in the coming WNBL campaign, following the club’s constructive off season, securing five fresh faces.

“I’m really excited we’ve got a very good group and we should be able to compete with the best teams in the league.”

Shannon Seebohm had extended discussions with each recruit before any contracts were signed, stressing the importance of the club’s culture.

“Obviously there’s the on court style of play and introducing new systems and being able to execute offence and defence but the biggest thing is their personalities and getting people to buy into the team and what’s best for everybody.”

With the roster split down the middle between new acquisitions and returning players, teammates taking time to get to know one another during pre-season will be crucial. Below is some handy icebreaker information that might make for some conversation starters.

Let’s just start out by highlighting our Tianna Hawkins has a WNBA championship ring! It’s not the American’s most prized possession though, that would be her son Emanuel, who’ll be attending school here during their time in Townsville

Karlie Samuelson once appeared on a kids TV show in America, playing herself. She plays international basketball for Great Britain despite her sister Katie Lou representing the USA. The sharp shooter will re-unite with Mikaela Ruef after the pair played at Stanford University together.

Ruef will also re-unite with Shannon Seebhom having played under him in her rookie WNBL season. She’s now a veteran of the league and at 31, the centre is the JCU Fire’s oldest player. Her nous on the court will be crucial but the centre knowledge isn’t restricted to basketball, she has a Masters Degree in Civil and Environmental Engineering.

Krystal Leger Walker was Townsville’s final recruit. The Tall Fern isn’t considered an overseas signing with New Zealanders not regarded as restricted players. The guard should know everything there is to know about the JCU Fire when she arrives, after spending a season playing across the ditch, with club legend Micaela Cocks.

Morgan Yaeger nearly quit basketball after suffering a serious back injury, in fact she medically retired from the sport before making a comeback. The exciting prospect will suit up for her second season in the WNBL and will look to continue the momentum she built at the back end of her campaign with Sydney. The development player posted double digit point hauls on four occasions from 14 appearances.

Our fearless leader ‘local’ Lauren Nicholson is gearing up for her third season with the club. Ok she’s not from here… But we definitely now regard her as one of our own after she signed a new contract with the JCU Fire. The guard also bought a house here recently so that makes her a Townsville resident!

Steph Reid is the queen of the kids around Townsville, and it’s no surprise, given the amount of time she gives back to the community. The point guard is fast becoming a queen of the court in the WNBL as well, after an incredible campaign last season, in which she was named our MVP. The pocket rocket it coming off a NBL1 North championship for the Townsville Flames, coached by Shannon Seebohm.

Courtney Woods was also an integral part of Townsville’s Championship! Along with playing in the NBL1, Woods has spent the off season learning the day-to-day ins and outs of the JCU Fire. Office and administrative work has opened her eyes to what goes on behind the scenes at the club.

Remarkably Zitina Aokuso is preparing for her sixth season with the JCU Fire, despite being just 23. Surf the internet and you’ll find vision of her dunking! The athletic centre is yet to do it in the WNBL but we’d love to see it this season.

Lara McSpadden is the youngest player in the JCU Fire squad despite making her WNBL debut six years ago. She was on Sydney’s 2016-2017 championship roster alongside a certain Lauren Nicholson. She’s a fan favourite amongst the Orange Army because of her aggression, intensity and extra efforts.

The squad will assemble next week. Keep an eye out for profile pieces on our players as the season draws closer. They have some unique and intriguing stories which require delving into.